A Portrait of Abu Musab al-Zarqawi, the Spiritual Founder of ISIS

Doubleday
Ideas
By Joby Warrick
Joby Warrick is the author of Black Flags: The Rise of ISIS.

The most notorious of Jordan’s prisons is the old fortress of al-Jafr, known for decades as the place where troublesome men went to be forgotten. It lies outside a Bedouin village of the same name, on a road that marks the outer boundary of human habitation in the country’s fierce southeastern desert. Beyond the prison, the terrain flattens into a basin of baked mud that stretches to the horizon without a hill or rock or stubble of grass. The ancient sea that once stood here evaporated eons ago, leaving an emptiness like a missing limb, a void so unnatural that it stirs feelings of dread among the few travelers who pause for a look. “There’s a terrible loneliness,” wrote filmmaker David Lean, who shot parts of Lawrence of Arabia on the same mudflats in 1962 and pronounced the place “more deserted than any desert I’ve ever seen.” His picture editor, Howard Kent, would describe al-Jafr as, simply, “a warning of what hell is like.”

It was at this spot that British military overseers chose to build an imposing prison with limestone walls and high watchtowers for detainees regarded as too dangerous for ordinary jails. And it was here, years later, that the Jordanians began the practice of quarantining Palestinian militants and other radicals viewed as threats to the state. Hundreds of men, many of them held without formal charge, languished in stifling, vermin-infested cells where they endured temperature extremes, rancid food, and a catalogue of abuses later documented by U.N. investigators.

Newly arriving prisoners were routinely beaten until they lost consciousness. Others were flogged with electric cables, burned with lit cigarettes, or hung upside down by means of a stick placed under the knees, a position the guards gleefully called “grilled chicken.” Over time, the monarchy grew weary of the costs of running a prison so isolated from the country’s population and so damaging to its reputation. In 1979, the last of its inmates were transferred to other jails, and al-Jafr was abandoned to the scorpions and its own ghosts.

Years passed, and then, in a sudden shift, the old prison was resurrected. Officials of the Public Security Directorate had grown worried about the behavior of a band of antigovernment zealots in the country’s central Swaqa Prison, and in 1998 they decided to isolate the group to prevent the contagion from spreading. The officials reopened one of al-Jafr’s dusty wings and dispatched an army of workers to sweep out corridors and prepare a large cell where all could be housed together. Twenty-five bunk beds were assembled and stacked in cramped rows, and a new door of latticed steel was bolted across the cell’s entrance, the room’s only opening other than air slits cut into walls at knee level. When the grounds were ready, the department appointed a warden and hired the usual complement of guards, laundrymen, and cooks. The inmates were too few to justify the hiring of a separate prison physician, and so it was that Basel al-Sabha, a recent medical-school graduate assigned by the Health Department to the local village, was pressed into service as the doctor of record for 50 of the most dangerous men in Jordan.

It was an unwelcome assignment for Sabha, a tall 24-four-year-old with boyish good looks, and he complained bitterly about the posting. Prisons in Jordan were vile places, and this one exceeded all others, at least by reputation. Sabha’s anxiety deepened on his very first day, as the warden, a middle-aged colonel named Ibrahim, sat him down to review a list of safety precautions. When dealing with inmates such as these, the warden cautioned, it was essential to stay on the other side of the bars at all times, even during medical examinations. And Sabha shouldn’t be lulled into thinking that a metal door was protection enough, he warned.

“These people are very dangerous,” Ibrahim said. “Even if they’re not physically dangerous, they have a way of affecting you. Even I have to be careful that they don’t affect me.”

The warden went on to describe the peculiarities of the new arrivals, from their strange dress—most insisted on wearing an Afghan-style tunic over their jailhouse uniforms, because tight-fitting prison trousers were regarded as too revealing—to their ability to make converts out of hardened criminals and even prison employees. At Swaqa, so many guards had fallen under their spell that prison officials were forced to limit shifts to 90 minutes in any sector where the inmates might be encountered.

As the tour was ending, the warden repeated his warning about the prisoners. There was one inmate—the sect’s apparent leader— whose seductive powers were extraordinary, he said. He was the one called Maqdisi, a religious scholar and preacher of considerable gifts, capable of infecting and twisting minds like a Muslim Rasputin.

“He is very smart, a walking library of Islamic knowledge,” Ibrahim said. “You will know when you see him. A handsome guy, tall and slim, with light-brown hair and blue eyes. Don’t be fooled.”

Moments later, Basel al-Sabha was being escorted by guards into the prison’s interior, past the watchtowers and armed guards, to the wing where the prisoners were kept. It was well past dark, and a dim light shone feebly through the bars of the doorway as the doctor approached. Drawing closer, he could make out the rows of bunks, followed by a jarring first glimpse of the prisoners themselves.

Forty-eight inmates sat upright on their bunks or prayer rugs, facing the doorway with rapt attention, like military conscripts awaiting inspection. Each wore the same peculiar uniform, a loose-fitting tunic worn over the standard blue prison shirt and trousers, just as the warden had said. All eyes appeared fixed on a figure near the doorway, and Sabha inched forward to see who it was.

At the front of the cell were two men. The first was tall and slender with scholarly glasses and a tangle of light-brown hair protruding from his prayer cap. Sabha guessed that this was the one the warden had called Maqdisi, the cell block’s charismatic leader. Yet it was the second man who appeared to command the room’s attention. He was darker and shorter but powerfully built, with a thick neck and shoulders that might have belonged to a wrestler or gymnast. Sabha, now only feet away, noticed an unusual scar on the man’s right arm: a jagged gash across a patch of ink-stained skin the color of an old bruise. Around the wound the flesh showed the pulls and folds of amateur suturing.

The owner of the scar studied the rows of bunks for a long moment, then turned to lock his gaze on the visitor. The face was unremarkable, fleshy, with full lips framed by a thin beard. But the eyes were unforgettable. Deep-set and nearly black in the low prison light, they conveyed a cold intelligence, alert and probing, but lacking any trace of emotion. Neither welcoming nor hostile, his look was that of a snake studying the fat young mouse that had just dropped into his cage.

At last the warden spoke. He mumbled words of introduction for the new doctor, and then declared the start of clinic hours. All prisoners with medical complaints can step forward to be examined, he said.

Sabha edged closer to the door to await the inevitable rush. He had prepared for the moment and had brought along a supply of pills and salves to treat the rashes, minor wounds, allergies, and gastric ailments common to men living in close confinement. But, to his surprise, no one stirred. The inmates sat motionless, waiting for a sign from the scarred man, who at last turned his gaze on an inmate seated on a bed near the front of the cell. When he gave a slight nod, the seated prisoner stood and walked to the doorway without a sound. He nodded a second time, and a third, and, one by one, inmates took their place in line in front of the doctor.

Five men, and only five, were summoned, and still the man with the scar had not uttered a word. He turned to the doctor with the same reptilian stare, the look of a man who possessed, even in Jordan’s harshest prison, absolute control.

Sabha felt an uneasiness, like a tremor welling up from somewhere deep in the foundation of the old fortress. “What kind of person,” he wondered, “can command with only his eyes?” 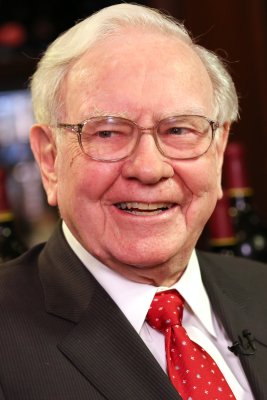 9 Books Everyone Should Read, According to Warren Buffett
Next Up: Editor's Pick