Gus Kenworthy took to Twitter on Thursday to make a statement he had long known to be true about himself. “I am gay,” the American freeskier tweeted. These three simple words were accompanied by a picture of the cover of the latest issue of ESPN The Magazine in which the Olympic silver medalist made the announcement.

Kenworthy previously garnered worldwide attention not only for medaling at the 2014 Sochi Winter Olympics, but also for adopting four dogs during the games. In the interview, he spoke about his decision to come out publicly after confiding in his family and close friends nearly two years ago. He said he was apprehensive about the reaction from the action sports community.

“They say it’s a community of individuals and everyone is doing their own thing and it’s not a team sport, so you get to be yourself. But you don’t really,” he told ESPN. “Everyone wears a Red Bull or Monster or Rockstar cap, a T-shirt and jeans and skate shoes. Everyone drives the same type of car and listens to the same kind of music. The industry isn’t the most embracing of someone who’s different. I’m nervous about that.”

But the 24-year-old explained that he finally felt ready to share his story with the world. 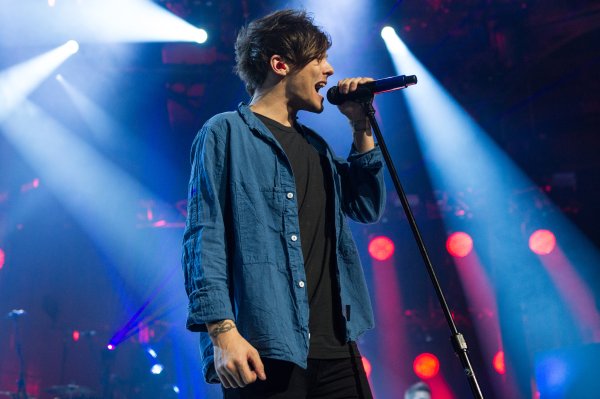 Watch One Direction's Louis Tomlinson 'Curse Out' a BBC Presenter
Next Up: Editor's Pick