Simon Cowell to Replace Howard Stern on America's Got Talent

Cowell, a creator of the show’s format, issued this statement: “I am really thrilled to be joining America’s Got Talent next season. What I love about this show is that it’s open to absolutely anyone. America has some fantastic talent just waiting to be discovered, and I would like that talent to come to our show, including any dogs who can sing!”

Added NBC Entertainment Chairman Robert Greenblatt: “Simon knows this format better than anyone and he’s been producing the show with us since the beginning, so we’re thrilled to have him to step in front of the camera and take his rightful place at the head of the judges’ panel. We welcome him to the on-screen NBC family.”

Concurred Trish Kinane, president of entertainment at producer FremantleMedia North America: “Quite simply, Simon Cowell is one of the best judges of talent in the world. He has a brilliant ability to identify acts with raw talent and develop them into superstars. We are delighted to have Simon’s honest critique at the judges table for season 11 of AGT, entertaining audiences and sparking conversation as we search for America’s next great talent.”

The famously snarky English music producer and reality star will remain an executive producer on the series, as well.

The casting will mark Cowell’s first major U.S. series role since he executive produced and judged three seasons of Fox’s singing competition The X Factor, which was canceled in 2013. Before that, the 56-year-old judged nine seasons of Fox’s mega-hit American Idol, which is going into its 15th and final season next year. Many speculated that Cowell would at least revisit his former hit for its home stretch, but signing with NBC makes such a prospect uncertain.

As for Stern, he previously announced he’s leaving NBC’s talent show in September. The radio host spent four seasons on the series, far longer than critics expected when he was announced as joining the show.

This past season of America’s Got Talent averaged a 2.9 rating and 12.5 million viewers with its most-popular Tuesday edition, ranking No. 1 in summer reality shows among total viewers for a 10th consecutive year. This was also its most most-watched season in four years. 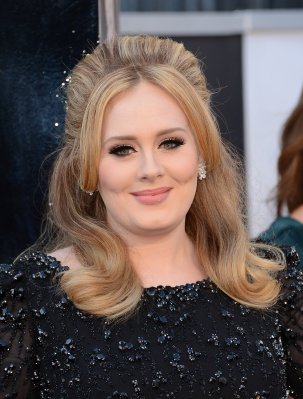 Adele Just Shared the Release Date for New Album 25
Next Up: Editor's Pick