An American soldier was killed early Thursday during a special operations rescue mission in Iraq, American and Iraqi officials confirmed.

The mission appeared to be a joint strike against ISIS, and senior militants from the group were captured during the raid along with the prisoners freed, according to the New York Times. A U.S. official told the Associated Press the American soldier was killed during a firefight on the scene.

The U.S. and Iraqi forces were supported by American helicopters and airstrikes. The soldier was the first American soldier killed in action in Iraq since 2011, the New York Times reports. 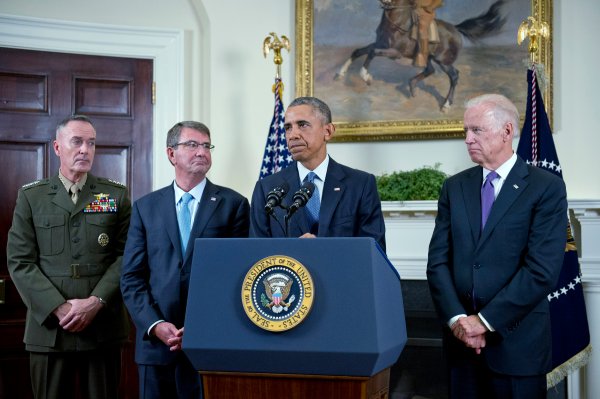 Obama Says Troops To Stay in Afghanistan Through 2016
Next Up: Editor's Pick