The U.S. has criticized Russian President Vladimir Putin for inviting his Syrian counterpart Bashar al-Assad for a state visit, saying that Moscow rolled out a “red carpet welcome” for the embattled leader despite widely-held suspicions he committed war crimes against his own people.

The meeting took place on Tuesday as part of Assad’s first trip outside Syria since the nation’s civil war broke out in 2011. Putin has repeatedly shown support for ongoing military action in the Middle Eastern country, calling Syria a “friend” of Russia.

“We view the red carpet welcome for Assad, who has used chemical weapons against his own people, at odds with the stated goal by the Russians for a political transition in Syria,” White House spokesman Eric Schultz told reporters, according to the BBC.

The U.S. has already expressed its disapproval of Russia’s air campaign in Syria, with Obama calling Russia’s targeting of moderate rebel forces “a recipe for disaster.”

Russian Foreign Minister Sergey Lavrov and U.S. Secretary of State John Kerry are slated to meet for talks in Vienna on Friday, according to al-Jazeera. 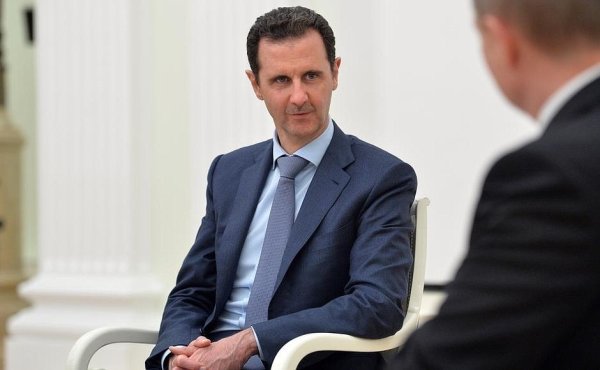 What We Know About Assad and His Family
Next Up: Editor's Pick