Temperature rise due to climate change may radically damage the global economy and slow growth in the coming decades if nothing is done to slow the pace of warming, according to new research.

The researchers behind the study, published in the journal Nature, found that temperature change due to unmitigated global warming will leave global GDP per capita 23% lower in 2100 than it would be without any warming. “We’re basically throwing away money by not addressing the issue,” said Marshall Burke, an assistant professor at Stanford University. “We see our study as providing an estimate of the benefits of reducing emissions.”

Read More: Here’s Where to Buy a House In the U.S. That Will Be Resilient to Climate Change

This study is far from the first to suggest that climate change will slow economic growth. Big business has been especially keen on highlighting the potential damage. A Citigroup report released last month found that minimizing temperature rises to 2.7ºF (1.5ºC) could minimize global GDP loss by $50 trillion compared to a rise of 8.1ºF (4.5ºC) in the coming decades.

The study breaks down productivity into agricultural and non-agricultural fields. The effect of agricultural productive is easy to explain: crops grow most productively within a certain temperature range. (The effects of warming on crop productivity have been well documented.) But research still don’t know why warm weather decreases productivity for workers in other fields.

The anticipated spike in temperatures will not affect the world evenly, according to the study. Productivity peaks when temperatures in a given region average 55ºF (13ºC), meaning warming may actually increase productivity in cold northern countries while devastating the tropics. That means climate change could also worsen global inequality—northern countries are in general already better off than tropical ones.

The study comes just weeks before negotiators from around the world are scheduled to meet at a United Nations conference on climate change in Paris later this year. University of Gothenburg Professor Thomas Sterner, who wrote an editorial to accompany the study, said he hopes the new evidence of the economic effects will encourage leaders of developing countries to agree to strong action to address climate change.

“The situation is pretty bleak,” said Sterner. “This is really a call to action.” 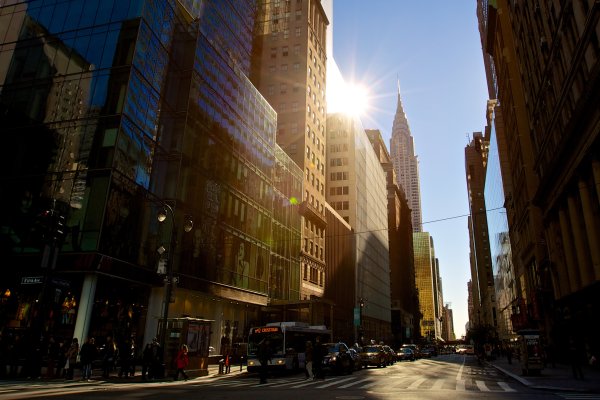 Last Month Was the Hottest September on Record
Next Up: Editor's Pick