Most Americans see the Republican-led congressional committee charged with investigating the 2012 attack on the U.S. consulate in Benghazi as a partisan effort more geared toward bringing down Democratic presidential candidate Hillary Clinton than gathering the facts, according to a new poll.

The Benghazi Select Committee, formed to investigate the circumstances surrounding the attack that killed four Americans, has in recent months turned its attention to Clinton’s controversial use of a private email server when she was Secretary of State. The Monmouth University national poll released Wednesday found that 52% of Americans believe the committee is more interested in going after Clinton than learning the facts, while just 32% believe it’s more interest in learning the facts.

The poll comes a day before Clinton is scheduled to testify before the committee. In recent weeks, Democrats have escalated their attacks on the committee as a partisan witch hunt, seizing on a controversial statement by Republican House Majority Leader Kevin McCarthy, who suggested it was set up to damage her poll numbers.

More than anything, the poll seemed to support a statement from Clinton rival Bernie Sanders that Americans are “sick and tired of hearing about [her] damn emails.” In the poll, 59% agreed with that sentiment. The poll of 1,012 adults, conducted Oct. 15-18, has a margin of error of plus or minus 3.1 percentage points. 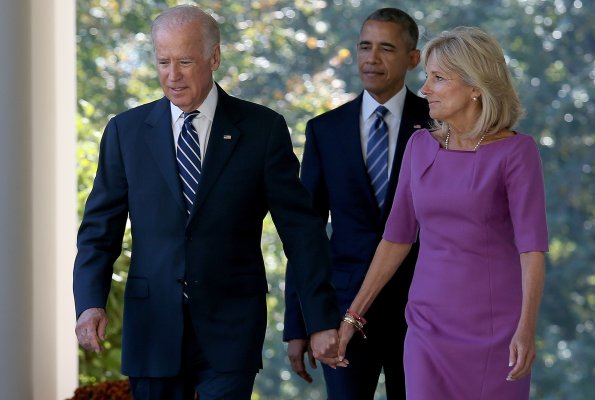 Here's Where Biden Would Have Broken With Clinton
Next Up: Editor's Pick