Emily Oster is an Associate Professor of Economics at Brown University and author of Expecting Better.

On Monday, the American Academy of Pediatrics released a report on Fetal Alcohol Spectrum Disorder (FASD). FASD refers to a constellation of disorders resulting from prenatal exposure to alcohol; manifestations include birth defects, developmental disabilities, neurological and behavioral problems. The report focuses on recognizing and diagnosing FASD, treating it and the economic effects.

These are all crucial issues that deserve policy attention. FASD disproportionately affects children born to low-income mothers, children in foster care and other vulnerable groups. Figuring out how to reach the mothers of these children to curb addictive drinking in pregnancy and how to help women learn that they are pregnant sooner so they do not accidentally binge-drink during early pregnancy are crucial questions. We also need to address the social circumstances that contribute to dangerous levels of drinking.

But the headline statement in the new AAP report is the oft-repeated mantra that “no amount of alcohol should be considered safe in pregnancy.” Media reports have seized on this statement to renew a debate about the dangers of light drinking during pregnancy. Rather than acknowledging the obvious dangers of heavier drinking and working to address the circumstances that lead to it, we are back to discussing whether pregnant women should be shamed for having a half a glass of wine on their anniversary—or any old night.

To me, this highlights the very real downside of recommendations like this one, which do not involve any nuance. The bottom line is that while there is clear evidence of the dangers of heavy drinking—especially binge drinking—in pregnancy, the same cannot be said for low levels of alcohol consumption. As even the AAP report acknowledges, there is consensus on this issue. A large share of OBs in the U.S. report telling their pregnant patients that some alcohol is fine.

Reasonable people can differ, but when we lump together all levels of drinking—without really clearly focusing on what we should be concerned about—we risk losing sight of the groups that actually need help. There is a lost opportunity with a study like this to talk about how we can help vulnerable women; instead, the media coverage has devolved into another episode of the Mommy Wars.

The obvious counterpoint here is that if you do think there is a danger to the occasional drink, then it is appropriate to issue a blanket recommendation like this. Having spent a lot of time with the evidence, I do not think this is the case.

A couple of years ago, I published a data-based pregnancy guide book Expecting Better which aimed to deconstruct the statistical evidence behind a lot of pregnancy “rules.” One of the rules I picked on was the rule on alcohol. I argued—in the book, and in the Wall Street Journal, and in Slate—that there was simply no evidence that light or occasional drinking in pregnancy led to worse child outcomes.

This wasn’t just an absence of any evidence at all. There are many studies—largely from Europe—which compare women who do not drink at all to those who drink lightly in pregnancy. Some of these are better than others—some of the best are a series of studies from Denmark—but their results consistently fail to show negative impacts of pregnancy drinking at low levels.

In reading the AAP report, I wondered if new studies had been released in the last couple of years questioning in this conclusion. But a search of the medical literature revealed nothing in this vein; I did find one new study showing no relationship between low alcohol consumption and child reaction time or IQ test scores. But, again, this just reinforced the earlier studies.

In fact, the AAP report cites only one paper on the effect of low levels of alcohol—a paper from 30 years ago on birth weight. The effects in this paper are very small; as the authors state: “consuming less than one drink daily had a minimal effect on intrauterine growth restriction,” but marginally significant.

Instituting a no-alcohol rule would be a reasonable approach to the evidence if that paper were the only one written on the topic. But, in fact, this is among a huge number of papers on this topic, many of which are much newer and most of which do not show similar results. A paper published this year is just one example: “Our results suggest low-to-moderate alcohol exposure during early and late gestation is not associated with increased risk of low birthweight, preterm delivery, intrauterine growth restriction, and most selected perinatal outcomes.” Moreover, a no-alcohol dictum ignores the huge amount of literature on low levels of alcohol and other outcomes. The new AAP report gives the impression that this one paper is all we know about low levels of alcohol consumption and pregnancy, which is simply not true.

As a review of the literature on low levels of alcohol consumption in pregnancy, this report fails miserably. At best, I can agree with the claim that there is no incontrovertible proof that there could not be a small negative impact of occasional drinking. Of course, this statement applies to many, many behaviors considered completely fine in pregnancy—taking Tylenol, or taking anti-nausea medications, to name a few. We do not have infinitely large randomized control trials to show the absence of an effect.

But at the end of the day, it really doesn’t matter. Some women will read the evidence and choose to have an occasional drink. Some will decide it is not for them. The fact is, the women on this margin are not the ones we should be most worried about. We are wasting time arguing about this at the expense of making better policy that might actually help women—and children—who really need it. 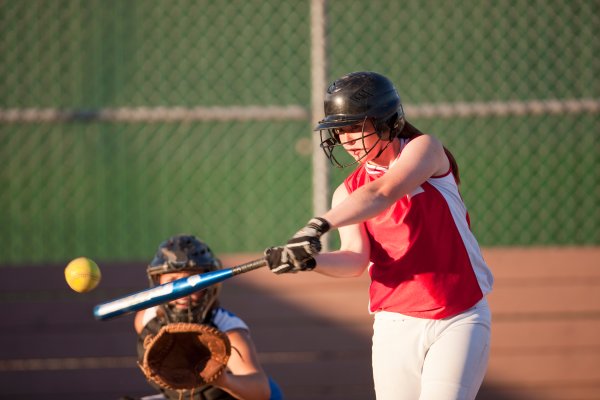 Girl Scouts’ "Girl Expert" on How Dads Should Treat Daughters
Next Up: Editor's Pick