The Hotel That Inspired The Shining May Launch a Horror Museum

The Stanley Hotel, which inspired Stephen King’s 1977 thriller The Shining, wants to create an immersive experience for horror fans by creating a museum. (Take a moment to imagine how creepy this could potentially be.)

The hotel, which is in Estes Park, Colo., near the Rocky Mountains, also announced plans for a film production studio and a film archive, the Los Angeles Times reports. The Stanley Film Center would operate as a nonprofit public-private partnership and occasionally team with the Colorado Film School in Denver.

But before you get too excited: the state of Colorado still has to give the green light. The hotel is asking for $11.5 million in state tourism funds, and it will ultimately cost as estimated $24 million to complete this “year-round horror destination.” Currently, the hotel offers ghost tours and hosts an annual horror film festival, but obviously a full-blown museum would take things to the next level.

To get a feel for the museum’s creepiness, watch the trailer for The Shining. The hotel featured in the trailer is called the Overlook and was strongly inspired by the Stanley: 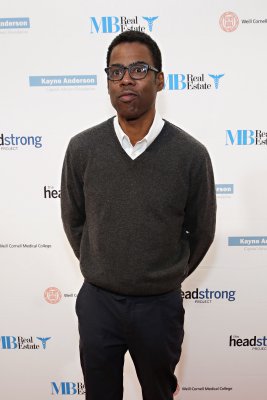 Chris Rock Is the Perfect Choice for Next Year's Oscars
Next Up: Editor's Pick