Syrian President Bashar al-Assad’s trip to Russia Tuesday marked his first known travels outside his country since its civil war began in 2011. Assad’s family also appears to have remained in the country’s capital for the past half decade.

The trip to Moscow, reportedly at the invitation of Russian President Vladimir Putin, marks a show of strength for Assad. In addition to showing his ties to a powerful ally, Assad’s move demonstrates that he doesn’t fear his government will be overthrown in his short but notable absence.

The family is apparently based in the capital, Damascus, which remains relatively untouched by the violence that has raged in the eastern parts of the country. But the presidential palace, which was reported to cost up to $1 billion and sits atop a hill outside the city, reportedly serves primarily as a workplace. Assad and his family live “elsewhere,” according to a Daily Telegraph interview conducted in the palace’s guest house in February. It’s unclear how often the palace is used, author Jeremy Bowen reports:

As for Assad’s wife Asma, she has not been a regular presence on the global stage since 2011, when a controversial Vogue profile entitled “A Rose In the Desert ” described the British-born 40-year-old as “glamorous, young, and very chic.” (Vogue later took the article down from its website as the civil war worsened). But Asma has remained visible within the country, often appearing in Instagram posts trying to depict a sense of normalcy in the country.

Little is known about the whereabouts of Assad’s young children—Karim (born 2004), Zein (2003) and Hafez (2001)—but it seems safe to assume that they’re safely held behind the defenses of the Syrian armed forces.

Regardless of the reasons why the family may stay put, it’s unclear where else they would go. In the past, the pair has traveled through Western Europe on getaways to spots like Paris and Rome. But since the start of the civil war, the pair has been banned from traveling in the European Union, though Asma is technically still permitted to return to the United Kingdom, where she was born. Within the region, leaders of many other countries have little fondness for Assad, perhaps aside from Iran — though Assad has said previously that he has vacationed in Qatar. 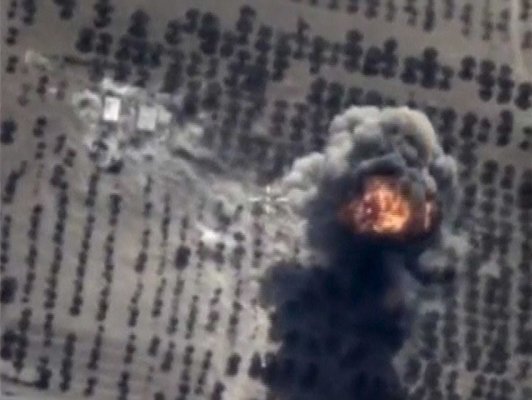