This Warehouse Lab Shows How We Can Grow Plants Underground

By Julia Lull and Arpita Aneja

Dan Barasch and James Ramsey, the cofounders of the Lowline, have been working since 2011 to build the world’s first underground park inside an abandoned trolley terminal in New York City’s Lower East Side.

For the next five months, Barasch and Ramsey will be showcasing the park’s potential at the Lowline Lab, located in a warehouse on the Lower East Side.

The Lowline Lab contains an installation of Ramsey’s innovative solar technology, which funnels sunlight from rooftops in the area into the warehouse at an intensity that is strong enough to support plant life. The lab houses some 3,500 plants, including mosses, ferns, herbs, and even strawberries and a miniature pineapple.

Over the next few months, the Lowline and its partners, including the Brooklyn Botanic Garden, will conduct experiments and test the plants to see how successfully they grow in the faux underground conditions. The results will be used to directly inform the horticultural landscape of the future Lowline park.

But the potential of the solar technology spans far beyond illuminating an underground public space. Says Barasch, “I just saw The Martian and…this is part of the same story of pushing the boundaries of how we really cultivate and grow green plants and edible food.”

Case in point: The Lowline team says they were recently contacted by the Deputy Secretary from the U.S. Department of Agriculture about using a version of this technology to grow food for astronauts in space.

To check on the progress of the miniature pineapple for yourself, you can visit the the Lowline Lab on the weekends. The lab is open to the public and free of charge on Saturdays and Sundays from 10 a.m.-4 p.m., through March 2016.

Write to Julia Lull at julia.lull@time.com and Arpita Aneja at arpita.aneja@time.com. 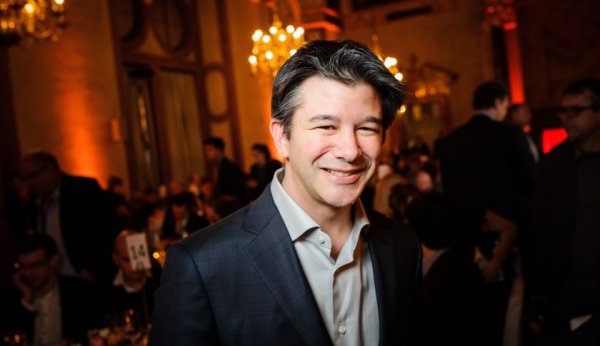 Don’t Expect an Uber IPO Any Time Soon
Next Up: Editor's Pick