Adele Says Her New Album is a 'Make-Up Record,' Will Probably Make You Cry Anyway

Adele has written some scorching break-up songs, but you probably won’t find any of those on her long-awaited new album.

After teasing new music in a television spot over the weekend, the “Skyfall” singer wrote fans a letter on Twitter that said her new album, titled 25 in the vein of her last two records, will be not a break-up record but a “make-up record.”

“I’m making up with myself,” she wrote. “Making up for lost time. Making up for everything I ever did and never did. But I haven’t got time to hold on to the crumbs of my past like I used to. What’s done is done. Turning 25 was a turning point for me.”

She also apologized to fans for the long wait between albums. “I’m sorry it took so long,” she says of the upcoming LP, expected in November, “but you know, life happened.” (She had her first child in 2012.) 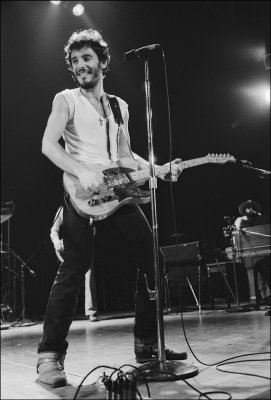 The House Where Bruce Springsteen Wrote Born to Run is for Sale
Next Up: Editor's Pick