The Duchess of Cambridge and Chinese President Xi Jinping listen as Queen Elizabeth II speaks at a state banquet at Buckingham Palace, London, during the first day of his state visit to the U.K. on Oct. 20, 2015
Reuters
By Hannah Beech / Shanghai

The imperial imagery was unmistakable. On Tuesday, Queen Elizabeth II and Xi Jinping, two descendants of empire, rolled through London in a royal carriage on the Chinese leader’s first state visit to the U.K. That night at a banquet at Buckingham Palace, they dined on turbot, venison and potatoes bonne femme, as the menu en français detailed. The heirs of civilizations Eastern and Western did not so much collide — a worry, if only marginal, given Britain’s historic routing of China’s Qing dynasty — as cohabitate in polite, gilded luxury.

The U.K. government has welcomed Xi with open arms, happy to trumpet $46 billion in deals the Prime Minister’s Office says have been struck around the Chinese President’s four-day visit. But China has been rather less inviting to Britannia — or at least to some of its most cherished trappings. On Tuesday, news broke that a visiting exhibit of one of the few existing copies of the Magna Carta would be moving from a Shanghai museum to the British consulate. The display of the 800-year-old legal charter has now been shifted twice during its China tour, both times to less publicly accessible venues. (The last-minute Shanghai move was blamed on fire-code regulations not being up to snuff.) Meanwhile, in Hong Kong, once a British colony built on the spoils of opium, the local postal service decreed earlier this month that royal British insignia on historic mailboxes be covered up. A former high-ranking Beijing official complained in September of Hong Kong’s failure at “decolonization.”

Xi’s campaign is far broader than a few postboxes or traveling democratic scrolls. In Beijing, his Education Minister has vowed that textbooks promoting Western values, such as freedom of speech, be eradicated from Chinese university campuses. (The ban didn’t extend to Xi’s own daughter, who studied at Harvard.) This week, the Chinese Communist Party announced that it would be strengthening oversight of art created within national borders, to ensure, in Xi’s words, that the “stench of money” won’t overpower socialist values. Xi’s crackdown on human-rights defenders, the most strenuous in years, extended earlier this month to the 16-year-old son of a detained human-rights lawyer who tried to flee abroad, through Burma. The boy, Bao Zhuoxuan, was picked up in a border town in northern Myanmar, as Burma is officially known, and hustled back to China.

But if Xi is intent on eradicating certain Western influences from China, he also has profited from the universal art of political messaging. Since taking office in November 2012, Xi has globe-trotted to more than 30 nations. In each port of call, Chinese state media dutifully chronicle the rapturous welcome he receives. In London, similarly dressed Chinese crowds turned out in what was supposedly a spontaneous outpouring of adoration for their visiting leader. (The BBC and Amnesty International found that some of the shirts, caps, flags and banners used for Xi’s welcome came from boxes that had been shipped to the Chinese embassy in Britain as diplomatic cargo.)

Nevertheless, all those Chinese flags waving on foreign soil cannot erase the fact that this year has proven troublesome for Xi’s administration. The economy has slowed more than expected; the stock market has careened. What better way to divert attention from domestic woes than a foreign focus? In September, Xi hopscotched across the U.S., reverential tech executives trailing in his wake. Now, just days before a key Communist Party conclave is due to begin in Beijing to set economic policies, Xi basked in a 103-round royal gun salute in London. On Oct. 20, Chinese state newswire Xinhua noted that few national leaders have “had the honor of meeting so many British royals in one day but with Chinese President Xi Jinping, all efforts have been made to ensure the distinguished guest receives a full set of British hospitality.” Pomp and pageantry are appreciated by more than just bygone empires. 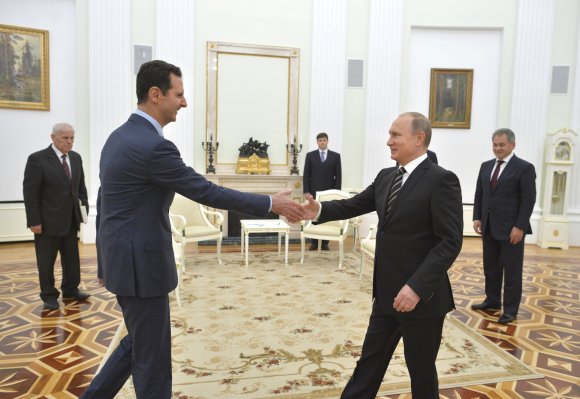