Canada’s Prime Minister–designate Justin Trudeau says he has already informed U.S. President Barack Obama that Canada will end its participation in airstrikes as a part of the U.S.-led coalition against the Islamic State of Iraq and Greater Syria (ISIS).

Trudeau mentioned his phone conversation with Obama at a press conference in Ottawa on Tuesday, only a day after winning a sweeping majority in Canada’s federal election. Canada currently has six CF-18 fighter jets helping the bombing campaign in Iraq and Syria, the Guardian says.

“I committed that we would continue to engage in a responsible way that understands how important Canada has a role to play in the fight against [ISIS,] but [Obama] understands the commitments I’ve made around ending the combat mission,” Trudeau told reporters, the BBC reports. He did not indicate how quickly or when the withdrawal would take place.

Canada also has 70 special forces troops stationed in northern Iraq to help train Kurdish fighters, according to AFP, and Trudeau hasn’t yet indicated a desire to end that particular mission.

Canada previously had a reputation for playing a major role in U.N. peacekeeping, and Trudeau frequently criticized outgoing Conservative Prime Minister Stephen Harper throughout his election campaign for limiting diplomatic and peacekeeping efforts in favor of military pursuits.

At a rally in Ottawa on Tuesday, Trudeau spoke of his desire to reorient Canadian foreign policy during his term. “Canada has lost its compassionate and constructive voice in the world over the past 10 years,” he said. “Well, I have a simple message for you on behalf of 35 million Canadians. We’re back.” 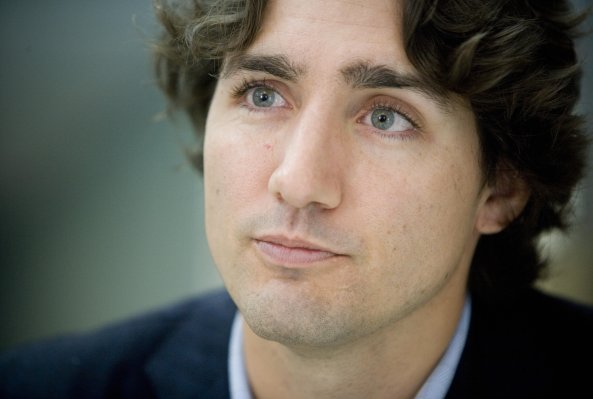