The House Freedom Caucus has had a lot of demands of late: conditions under which they’d support anyone to be Speaker, changes they’d like to see made in the House to decentralize power, the impeachment of the head of the Internal Revenue Service (no, really).

But on Tuesday night, the man widely viewed as the only person capable of saving House Republicans from themselves had some demands of his own. House Ways and Means Chairman Paul Ryan met with the roughly 40 members of the Freedom Caucus and told them he might be willing to serve as speaker, under certain conditions.

Ryan had five requests. First, the next Speaker should be visionary and should use his or her post not just for fundraising and day-to-day problem solving but to communicate the party agenda. Second, he’s open to some of the rules changes they are demanding, but only if the entire conference agrees. Third, there will be no motions to vacate the chair. (This is what brought down Speaker John Boehner and he would-be heir Kevin McCarthy: when a Republican loses more than 30 votes, he loses the simple majority of 218 votes on the floor thus costing him his seat.) Fourth, family comes first, so the House will have to work on work-life balance for everyone. And fifth, everyone in the conference must vote for him—not a single member can dissent.

“Tonight, I shared with my colleagues what I think it will take to have a unified conference and for the next speaker to be successful,” Ryan said in a statement. “Basically I made a few requests for what I think is necessary, and I asked to hear back by the end of the week.”

If the members agree, Ryan will become Speaker. If not, he says he is happy to remain Ways and Means chair.

The move throws back the ball into the Freedom Caucus’s court, and boxes them in. If they dissent they will be blamed for the chaos that will more than likely ensue. And they will have to deal with 200-plus very angry colleagues, many of whom are already talking openly about doing a deal with Democrats to elect a consensus Speaker to end the turmoil. That outcome would be the exact opposite of what the Freedom Caucus hoped to achieve by deposing Boehner, whom they felt already caved too much to Democratic demands.

But, despite the fact that they are the “Reasonable Nut Job Caucus,” convincing all of their members to roll over so completely for Ryan will be incredibly hard. They would be giving up their newfound and headily powerful tool—the motion to vacate the chair, essentially a no-confidence vote against the Speaker. They would also be handing Ryan their unquestioned support, a cudgel he will surely use when they next protest a vote they don’t like. Remember, you supported me.

And they assuredly will soon face votes they won’t like. Should he take the job, one of Ryan’s first acts as Speaker will be to push through a Senate-compromise on long-term funding of the government for the government shuts down on December 11. The as-of-yet unformed bill is almost guaranteed to have levels of spending the fiscally conservative Freedom Caucus will find highly objectionable—they have never supported any bipartisan deal that has come out of the Senate. But there will be little they will be able to do beyond complain if they agree to Ryan’s terms.

If Ryan can convince all 247 House members to go with this, it will calm the dissent roiling House Republicans and the Party. It will also reestablish the Speaker’s office as the center of power in the House, something that had been under attack in recent weeks. It also burnishes Ryan’s reputation as one cagey politician. Nobody puts Paul Ryan in a corner. 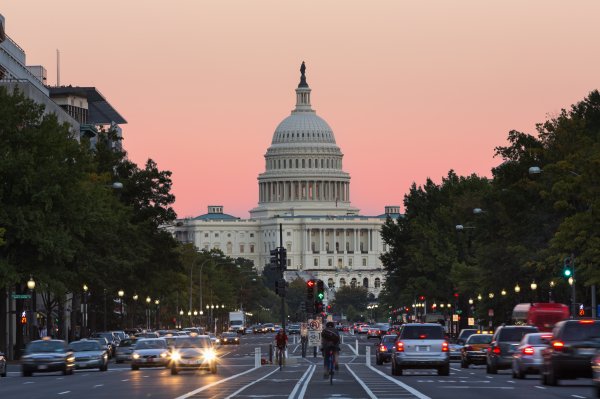 House Conservatives Brace for GOP Blowback
Next Up: Editor's Pick