Senator Joseph Biden of Delaware and his wife, Jill, are surrounded by supporters and representatives of the news media at a rally, Wilmington, Delaware, 1988.
PhotoQuest/Getty Images
By Lily Rothman

The period of lengthy speculation over what Vice President Joe Biden will do in the 2016 Presidential race came to an end on Wednesday, when Biden announced in a speech from the Rose Garden that he would not seek the office. Dealing with his family’s grief over the loss of son Beau earlier this year took precedence, he said, and though the family was healing he said that the time had passed during which he could begin a campaign that would stand a chance of succeeding. That decision comes despite a wish from the late Beau Biden that his father run.

Biden’s choice comes nearly three decades after a wish from another Biden son first set the Vice President on the road to run for the highest office. Joe Biden was a young Delaware Senator when, leading up to the 1988 election, he first decided to give the White House a go. (He had considered the race in 1984, but he decided at the time that his young children—his daughter was 2 and his sons were in high school at the time—needed him to wait, for their benefit.) TIME had occasion to recount the story of how he had decided to finally declare his candidacy in 1987. In the anecdote, he asked his son Hunter for his opinion. “If you don’t do it now,” Hunter replied, “I couldn’t see you doing it some other time.”

With that year’s relatively open field, Biden seemed well positioned to appeal to blue-collar voters. He was also the head of the Senate Judiciary Committee and had the opportunity to achieve great visibility in the last year of Reagan’s term, as the president sought to appoint a new Supreme Court justice. In the summer of of 1987, when he officially declared his candidacy, he positioned himself as an opponent of “materialist values, declining industries, drug abuse, inadequate schools and kids abandoned to poverty,” per TIME. The rap against him was one that’s continued to haunt him, but which he’s often shown doesn’t have to hold him back: the headline on that story wondered whether he talked too much.

His “occasional giddy lapses” into gaffe territory, however, would not prove to be the talking that would get him in trouble. Instead, before 1987 was up, he’d find himself embroiled in an odd plagiarism scandal: that fall, voters found out that some of his stump speeches included passages lifted from Robert Kennedy, Hubert Humphrey and British politician Neil Kinnock. As TIME cheekily summed it up:

It was, the magazine pointed out, not exactly a new tactic for politicians. Some of the most famous political speeches in history, like Winston’s Churchill’s “blood, toil, tears and sweat” oration, have been heavily inspired by works of poetry, fiction and political thought. Nevertheless, the revelations jibed a little too neatly with the reservations that voters already had about the candidate, and a prior accusation of plagiarism (from his law school days) emerged at the same time. It didn’t help that once the issue made the news Biden failed to respond with an apology that voters found heartfelt enough.

Within weeks, he announced that he was no longer in the race. It was a conclusion that had been predicted, in a way, by an Iowa activist who’d spoken to TIME the year before: “He might just talk himself out of the nomination.”

Though his reputation as a talker has never left the Vice President, the plagiarism scandal has been largely eclipsed by the decades of political track he’s put between now and then—a point that’s underscored today, as he makes a decision that echoes the calculus of 1984, that his family must take priority. 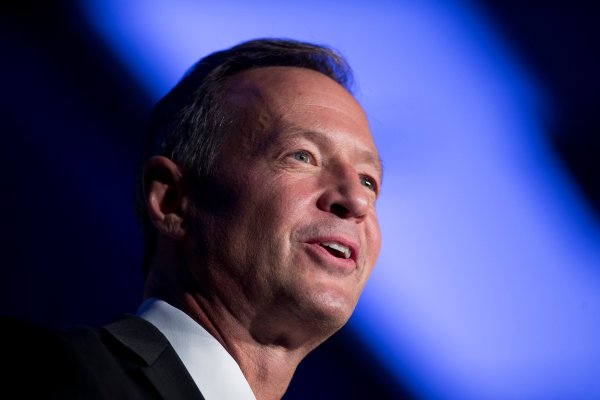