A man dropped off a package containing a vial labeled “Ebola” at a building in Danbury, Conn. on Tuesday.

The package was dropped off at International Communications.

Officials from the Connecticut Department of Energy and Environmental Protection (DEEP) believe the man, who remains unidentified, “mistakenly [believed] it was a medical facility.” The package claimed the vial was a cure for the disease.

The FBI have joined the investigation. Access to the building remains blocked until local health officials have deemed the area safe, reports NBC Connecticut. The Danbury Fire Department and the Connecticut Department of Energy and Environmental Protection don’t believe the contents of the vials pose any health risk, but the vial will be tested to be sure. 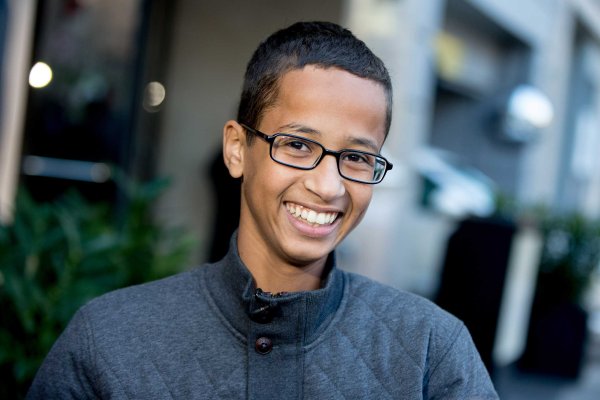 Teen Whose Homemade Clock Was Mistaken For a Bomb Meets President Obama
Next Up: Editor's Pick