Read TIME's Original Review of Rebel Without a Cause

When Rebel Without a Cause was released 60 years ago, it was almost exactly a month after James Dean’s dramatic and tragic death shook Hollywood—and solidified the late actor’s celebrity.

The death of its star gave the film an aura of consequence, but the drama was already grounded in reality, TIME’s critic noted shortly after its release. It was “a reasonably serious attempt, within the limits of commercial melodrama, to show that juvenile delinquency is not just a local outbreak of tenement terror but a general infection of modern U.S. society.” The plot was fairly straightforward—in a pleasant suburb, a teenager reacts to the soullessness of his parents by tempting death—but, the review continued, it had a point to make, and a star worthy of making it:

But Dean wasn’t the only thing that lent the movie heft. It got its title from a 1944 book by Robert Mitchell Lindner, which presented the real criminal psychology case of a 21-year-old man serving time for the actions he undertook as, in TIME’s words, “a grownup infant with no self-restraint and a craving for instant satisfactions.”

Read the full review, here in the TIME Vault: The New Pictures 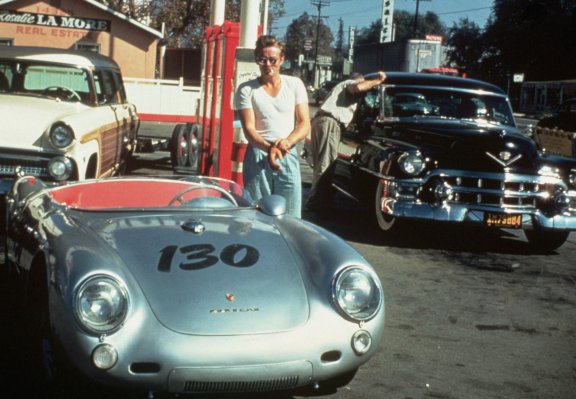 This Photo Shows James Dean Shortly Before His Death
Next Up: Editor's Pick