Ronda Rousey Reveals What It Really Means To Be a Champion

Ronda Rousey working out at in July 2015.
Jae C. Hong—AP
By Megan McCluskey

Undefeated UFC bantamweight champion Ronda Rousey is objectively the best fighter in the world. With a record of 12-0 and a history of mercilessly dispatching opponents in mere seconds, she has proven herself to be seemingly unbeatable. But in an interview with comedian Chelsea Peretti for SELF, Rousey said that being the best only motivates her to train harder.

“It’s motivating, because it’s something I have to keep earning,” she told Peretti. “When I was a kid, all I did was train. I never went to a dance, I never had a date, I never went to a single party. Training was my whole life, and it was because I wanted to be able to win the Olympics more than I wanted to go to the movies with my friends.”

She also spoke about how she hopes gender has nothing to do with how she is remembered after her run is over. “I want my name to be mentioned along with Mike Tyson and Muhammad Ali. And I don’t want the word ‘woman’ to be in front of ‘champion,’” she said.

And while it’s safe to say that Rousey will probably go down as one of the all-time greats, her understanding of what it takes to get there has nothing to do with what goes on in the ring.

She explained that her definition of a badass is “[s]omeone who’s willing to do what needs to be done. There are plenty of times where people know and they don’t do it—because it’s not comfortable or easy. If you do what’s right regardless of how it’s going to make you look, then you’re really a badass.” 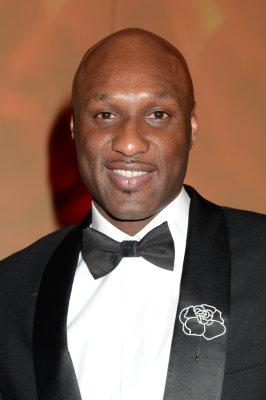 Lamar Odom Returns to Los Angeles for Treatment
Next Up: Editor's Pick