Why Gilmore Girls Is the Family Peacemaker

Gilmore Girls
Patrick Ecclesine—Warner Bros./Getty Images
Ideas
By Belinda Luscombe
Luscombe is an editor-at-large at TIME and the author of Marriageology: The Art and Science of Staying Together.

When I was young, my three brothers and I used to watch episodes of The Brady Bunch together, sitting in our living room with heavy wool curtains closed to keep out the blinding Australian afternoon sun. The show was very strange to us: what is Alice’s role in the family? Is she a relative? Why are these kids not wearing a school uniform? Do people really have hair like Cindy’s?

But the most baffling element of the show, to me, was how cordial the Brady brothers were to their sisters. They actually said supportive things to each other. Nobody seemed to come home from school and have to gear up for combat. If one Brady sibling cried, the other Brady siblings did not laugh at her and dance in jubilation. Just weird.

I toyed with suggesting this approach to my family, but dismissed the idea out of a vague notion that maybe America was just a very different country, where family members liked each other. Also, I knew my brothers would never let me hear the end of it and probably throw me in the pool.

Fast forward a couple of dozen years and I’m in a new combat zone, this time with a female, my daughter. We’re not at war. It’s more that I am a benevolent and wise dictator, and one of my subjects has been lured into a rebel group. Casting about for a solution, I recalled an article by Lisa Miller in New York, about how she and her daughters enjoyed watching Gilmore Girls, because “…if Lorelai [the mom] and Rory [the daughter] can live happily and successfully by breaking the rules that everyone takes for granted, then why can’t we?”

I’d always dismissed that show as being the new Brady Bunch, only less cool, with a single mom and just one daughter in small town Connecticut. My clan’s idea of an exemplary family was more like The Sopranos. But about three months ago, I timidly suggested watching an episode to my 14 year old, with appropriate, loving incentives like that I would take away the computer unless she gave it a shot. We did. She asked to watch another. And now, all our problems are solved. we have a safe demilitarized zone on which to meet. In fact, watching Gilmore Girls is currently pretty much the only non-retail themed activity my daughter will agree to embark on with me.

Do not be surprised at all the cheering you hear at the reports that the show might be about to return. It’s probably from the section where the moms of teenage girls are sitting.

Lorelai is the mother every teen girl wants: she’s hip and pretty and will acquire great tickets to a rock concert, but then give them up so Rory can seem cool in front of her new school buddies. Plus, she never comes home from work cranky.

Rory meanwhile, has to be persuaded to cease from her studies, tells her mom about all her boy issues and seems to actually enjoy her mother’s eccentricities. She is to daughters what Greg Brady is to big brothers: the one everyone wants.

The young revolutionary and I enjoy different things about the show (I: the early oeuvre of Melissa McCarthy, who plays the hotel chef, she: the early work of Chad Michael Murray, who plays a smoldering bad boy with a thing for Rory). But we also get to have discussions about what “Rory” and “Lorelai” are doing. She might note that Rory gets to stay out until 1 a.m. I might note that Rory is 16. I might casually observe how frantic Lorelai gets when Rory doesn’t let her know where she is. And my antagonist might point out that Rory is, after all, fine.

Turns out we’re not the only mother-daughter pair who finds Gilmore Girls a great source of détente. “Binge-watching it with my teen and pre-teen daughters last year gave us all more happiness than I can possibly describe,” says editor and writer Betsy Gleick. “I think for all of us, it was both fun and profound to see a “perfect” (but not always) mother-daughter relationship even if we weren’t living one ourselves. Also, watching Rory grow up and deal with drinking, sex, mean girls—all just riveting.” My daughter doesn’t want to talk about any personal stuff with me, but so many issues get an airing, that it’s safe to bring them up in the Gilmore Girls DMZ.

I have it on reliable authority that we aren’t even the only antagonists who find it a relief from battle. A war correspondent, who would prefer to go unnamed, because, war correspondent, let slip it was hugely popular where he worked in the 2000s: at the Baghdad bureau of TIME magazine. I wonder if they got The Brady Bunch there? 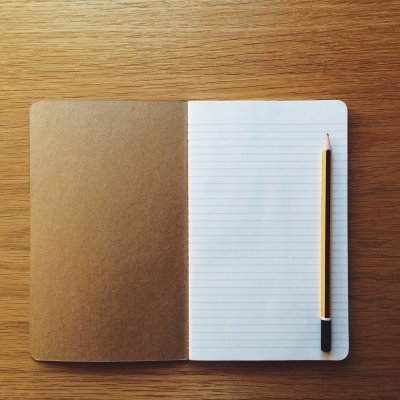 How to Cure Writer's Block
Next Up: Editor's Pick