It was 50 years ago when a curious reader, whose name and original inquiry have since been lost to time, sent a letter to J.R.R. Tolkien. The Hobbit author had already released the books for which he’s most famous—The Hobbit and the Lord of the Rings saga—and was in the middle of a period of major popularity, but he was still working on shaping the mythology he had created.

The response to that letter would play a famous role in that process—and, though it has been held in private collections since 1965, it will be auctioned on Thursday by Dreweatts & Bloomsbury Auctions in London. The top of the letter has been cropped, presumably to preserve the recipient’s anonymity, says Roddy Newlands, a consultant with the auction group. But, though its original ownership is a mystery, its place in the lore of the shire is well known by Tolkien fans.

The fan has presumably asked some questions about the real-life existence of Hobbits, what color Gollum is and who the character Merry ends up marrying, in addition to inquiring after Tolkien’s future writing plans. His secretary humors the fan on the first few questions, with pleasant non-answers, and concludes that Tolkien is working on The Silmarillion, a history of the fictional world he created.

But that’s not enough for Tolkien: on the bottom left, in his own hand, he answers the question about Merry. “I believe he married a sister of Fredegar (Fatty) Bolger, but I will look into the matter,” the author writes. “I have some records of the family of the Bolgers of Budgeford, whose lands were not far from Buckland but they were for lack of space not included.”

And sure enough, in a Ballantine edition of Lord of the Rings that was printed right around that time, Tolkien asked the publishers to add one Estella Brandybuck, née Bolger, to Merry’s family tree. In what Newlands refers to as a “weird anomaly,” the fix wouldn’t make it to other editions of the book until the 1980s, which has made that 1960s edition famous.

The Silmarillion was not published until 1977, after Tolkien’s death. 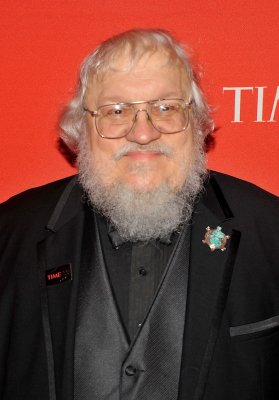 Why TIME Declared George R.R. Martin 'An American Tolkien'
Next Up: Editor's Pick