More than a quarter of Americans have not cracked open a book—either print or digital—in the past year, a figure that has risen to 28% in 2015 compared to 21% in 2011, a new survey found. But Americans overall are still fairly well-read, averaging 12 books per year, or a book per month, a Pew Research Center survey of 1,907 American adults reports.

The survey provides insight into the e-book industry, as publishers try to understand consumer preferences. Publishing houses were relieved by data from September indicating that neither e-books nor print books necessarily trump the other, but that consumer preferences are more “hybrid.” The Association of American Publishers noted that digital sales are about one-fifth of the market but have slowed; print books, on the other hand, have remained steady.

What’s perhaps surprising about American readership is how youthful it is: 80% of those aged 18 to 29 report reading a book in the last 12 months, compared to 71% of those in the 30 to 49 range, 68% in the 50 to 64 bracket and 69% of senior citizens. Women tend to read more than men (14 books compared to 9 books, respectively, in the past year), and there is a correlation between education level and quantity of books read. 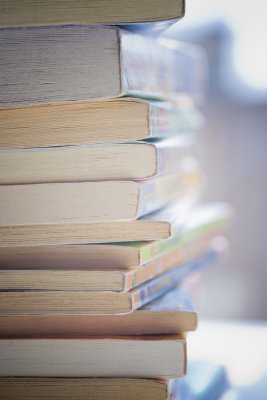