Verizon on Tuesday reported third quarter earnings of 99 cents per share on revenues of $33.2 billion, slightly beating Wall Street expectations on both marks.

The Internet service provider credited its wireless and fiberoptic “Fios” businesses for the strong showing. Verizon Wireless revenues totaled $23 billion for the quarter, up 5.4% from the same time a year ago. Interestingly, “service” revenues were down 4.1%, year over year, to $17.6 billion as “equipment” revenues increased from $2.5 billion a year ago to $4.3 billion this quarter. The reason? More people are choosing to buy new devices with installment pricing.

That dynamic is changing the wireless business. Verizon’s books have benefitted from the shift in the way people pay for phones; as more customers move away from the classic subsidy model (where a phone’s sticker price is between $0 and $200 and the rest is accounted for in a two-year service contract) and toward a new model that sells the phones at full price but in installments. Figures from rival AT&T and other U.S. carriers also reflect the trend.

Fifty-eight percent of new phone activations in Verizon’s most recent quarter were for phones purchased using installment plans. Last quarter that figure was 49%; a year ago, it was just 12%. The carrier expects that number to be 70% in the fourth quarter 2015.

As for Fios, Verizon added 114,000 net subscribers to its broadband Internet service and 42,000 to its video service. For the third quarter 2015, consumer “wireline” revenues totaled $4 billion, up 2.8% from this time last year. Fios revenues were 79% of the total.

And what about the $4 billion acquisition of AOL, you ask? Verizon said only that this quarter’s results include the media company, and that its operating revenues for the quarter—$33.2 billion, up 5%—would have only been up 3.1% without it, at least on a non-GAAP basis. 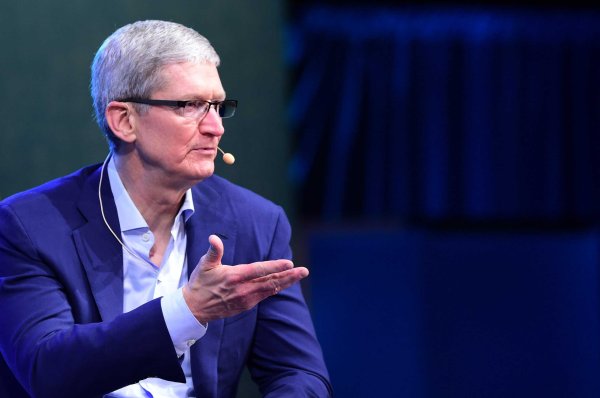 Apple Warns of 'Massive Change' in Auto Industry
Next Up: Editor's Pick