Research about the effects of mindfulness is becoming ever more robust. Studies suggest that having an awareness of your own physical and mental processes could lead to benefits ranging from lower stress to a protected heart. Now a new study suggests that mindfulness may have an impact on the physical body, showing that people with mindful dispositions have less belly fat and are less likely to be obese.

The research, published in the International Journal of Behavioral Medicine, looked at 394 people close to age 50. The men and women are part of the long-term New England Family Study, and researchers have been following them since they were in their mothers’ wombs. In the study, the researchers assessed the dispositional mindfulness of the men and women using a standard questionnaire called the Mindful Attention Awareness Scale (MAAS). They also looked at other markers like body fat and weight.

“The vast majority of these people are not meditating—it’s just everyday mindfulness and everyday awareness of thoughts, emotions and physical sensations,” says study author Eric Loucks, an assistant professor of epidemiology at Brown University. “People who are more aware seem to either be eating less or being more physically active.”

Though the study couldn’t say exactly why people who have more mindful dispositions are less likely to be obese, Loucks suggests that people who are naturally more mindful, for whatever reason, may be more aware of body and mood cues, like a sugar high or how it feels to be active. “If they are aware of their thoughts and emotions, it may be just enough to make them a bit more likely to not be obese,” says Loucks. “The effects are not huge but significant. A 34% higher risk definitely gives me pause.”

Loucks says the results of the study call for further research on interventions that help harness the positive effects of mindfulness. Loucks and his colleagues recently received a grant from the National Institutes of Health to conduct randomized controlled trials that look at the impact of mindfulness interventions on behaviors such as adherence to a medical regimen, like taking medication for blood pressure.

Loucks, who’s meditated for up to an hour each morning for 20 years, says he’s seeing a major shift in public awareness of the benefits of mindfulness. For a mindfulness course he teaches at Brown, “I had over 80 emails just requesting to be on a wait list,” he says. “The last three to four years have been amazing.”

You can unlock the benefits of meditation even without being in a constant state of mindfulness, Loucks says. “I tell my students, before I started to meditate, if I was just sitting around waiting for a bus, my mind would have been wandering like 90% of the time,” he says. “Now, if I am sitting at a bus stop, my mind is wandering 70% of time,” he says.

Correction: An earlier version of this story partially misquoted the researcher. It has been updated. 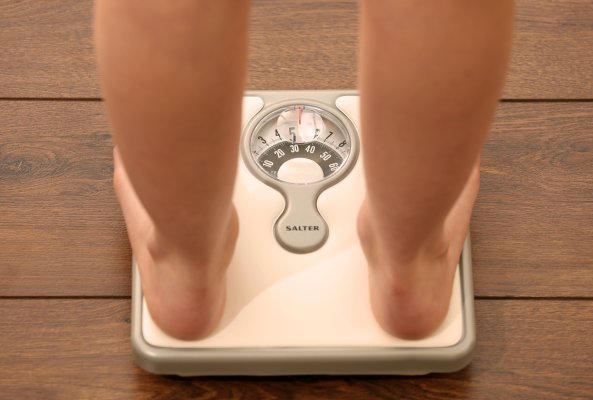 It's Getting Harder to Lose Weight, Study Shows
Next Up: Editor's Pick