A soldier stands guard as rescue workers remove bodies from a bus after an explosion onboard as it was moving on Saryab road in Quetta, Pakistan October 19, 2015.
Naseer Ahmed—Reuters
By Rishi Iyengar

At least 11 people were killed and almost two dozen others injured in a bomb that detonated aboard a bus in western Pakistan on Monday.

The explosive was planted on top of a bus carrying dozens of people home from work and set off using a timed detonator, Reuters reported.

The blast took place in the city of Quetta, capital of the strife-torn province of Baluchistan that has spent years grappling with similarly fatal attacks. The province is home to a violent separatist movement that has battled against security forces — who in turn have engineered an equally brutal crackdown — for nearly a decade.

“This is a cowardly act that has targeted innocent people,” Baluchistan’s home minister Sarfaraz Ahmad Bugti told Reuters, adding that the victims included at least one child. Bugti also announced that a state of emergency has been declared at all hospitals in the area.

“We are fighting against terrorism here,” he said. “And we will keep fighting until the last terrorist is killed.” 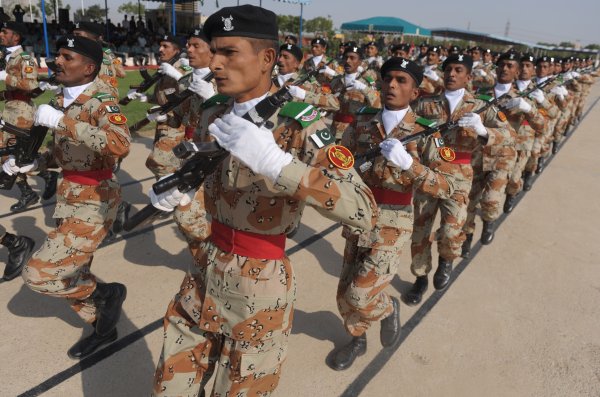 Pakistan's Military Tightens Grip on Security
Next Up: Editor's Pick