How do you deal with out of control kids?

The authors of the bestseller How to Talk So Kids Will Listen & Listen So Kids Will Talk have some great ideas that can help any parent. It’s really powerful, impressive advice.

But here’s the odd thing: reading the book, I could have swore I had seen similar ideas before. And I had…

When I was interviewing and researching FBI hostage negotiators.

No, your 9-year-old Jimmy probably isn’t committing serious acts of violence (except maybe against his sister) and your teenager Debbie probably isn’t going barricade (except maybe in her room with the music on full blast) but many of the principles that are effective for dealing with terrorists, bank robbers and evildoers will also work with your children.

Seriously, these fundamental principles of communication can help you deal with anyone. So let’s see what parenting experts and hostage negotiators can teach us, and how it can make for a more peaceful, happier home.

Most importantly, parents often make a mistake at the beginning of their arguments with kids that no hostage negotiator would ever make. And when a conversation starts badly, it’s often downhill from there.

The FBI has the bank surrounded. But the robbers have taken hostages. It’s a tense standoff and the bad guys are demanding food be sent in. They say they’re hungry.

The hostage negotiator lifts the phone and says, “Oh, stop it. You just ate. Quit complaining and just cut it out!”

Um, no. An FBI negotiator would never do that. But parents do it with their kids all the time. And the result is often more screaming, more tears, and more hysteria. What’s the problem here?

Now as a parent you can’t be overly permissive and give a kid everything they want. But a hostage negotiator wouldn’t do that either — maybe the bad guys get the food when they ask for it and maybe they don’t. But negotiators wouldn’t say, “You’re not hungry. Cut it out!”

Of course, parents have to deny actions (“No, Billy, we should not see what happens if we use the weedwacker in the living room.”) But parents often take it a step further and deny what a child is feeling.

And that’s an adult. Do you expect a kid to have more control over their emotions than a full grown person? I didn’t think so.

(For more tips from FBI hostage negotiators on how to get what you want, click here.)

So what’s the right way to start the conversation? Here’s what parenting experts and hostage negotiators agree on…

The child is crying and you’re at your breaking point. It’s easy to reply with something like this:

But denying their feelings like this typically escalates situations.

Think about arguments with your partner. They say, “I feel ignored.” You reply with, “No, you’re not.” How well is that going to go? Exactly. And it’s no different with kids. When people deny our feelings we naturally fight back.

So start with listening. You feel better when people listen to you and it’s the same for kids.

And hostage negotiators agree. The FBI uses what they call the “behavioral change stairway.” And listening is always the first step:

(To learn the 4 new parenting tips that will make your kids awesome, click here.)

You may notice that the term in that image is actually “active listening.” What’s the active part? That brings us to step 2…

Don’t say that. When people are emotional and hear, “I know how you feel” they think you’re trying to shut them up. Or they snap back, “No, you don’t.”

Instead of saying you understand, show them you understand. It’s the difference between someone saying to you, “I’m funny” vs. them making you laugh for 30 minutes straight.

So how do you show them you’re listening? FBI hostage negotiators use “paraphrasing.” It’s simple: repeat back to them what they said in your own words. From my interview with Chris Voss:

Some parents might say, “But what my teenager is saying is crazy!”

You don’t have to agree with the feelings but acknowledging them is what gets kids (or anyone) to say to themselves, “This person understands me.” And then they can start to see you as being on their side, which is the first step in resolving problems.

But parents often don’t do this. They launch immediately into advice and lecturing. Clinical psychologists say you can’t do this when arguments are still heated.

And neuroscientists agree. When we deny people’s feelings, the logical parts of their brain literally shut down.

From Compelling People: The Hidden Qualities That Make Us Influential:

And there’s another problem with immediately trying to resolve the argument with a lecture: you don’t give your kid a chance to work the problem out themselves. And this is what, over the long term, we all want most for our children.

Hostage negotiator Chris Voss says that when you demand people act a certain way, you threaten their autonomy — and so they naturally resist. When you let them arrive at a solution on their own (or with gentle guiding) they’re more likely to comply.

Now this doesn’t mean that everything a child says is okay. You’re still the parent, after all. When kids push the limits and say things like “I hate you!” it’s alright to draw a line.

So you’re letting them talk and you’re actively listening. What’s the first step in getting them to calm down?

3) Give Their Feelings A Name

But parents are often reluctant to do this. The parenting experts explain:

(Don’t worry about using the wrong label. Trust me, they’ll correct you. But it still shows you are trying to understand them.)

FBI hostage negotiators feel labeling is one of their most powerful techniques.

And neuroscience research validates that merely putting a label on things helps calm the brain.

From The Upward Spiral:

(To learn the 4 rituals that neuroscience says will make you and your family happier, click here.)

So the shouting and crying have subsided a bit. What’s the next step?

With adults, clinical psychologist Al Bernstein recommends asking, “What would you like me to do?”

FBI hostage negotiator Chris Voss takes a similar approach, using a question to make sure you don’t threaten their autonomy.

Now as a parent you know that you can’t always give kids what they want. Sometimes all you can do is let them know that you understand and you’re on their side.

But the mistake parents make is trying to be too logical. This gets away from feelings and turns things into an extended debate.

After listening, acknowledging feelings and labeling, they’ll be calmer. Often, that’s all it takes to be able to reason with them.

But if it’s still a struggle, you want to use this calm to find a way to discover and address the child’s underlying emotional need (“I don’t feel like you trust me”) instead of logically denying unreasonable demands (“I want to stay out until 2AM.”)

Okay, we’ve covered a bunch of good stuff. Let’s round it all up and see how this can work for everyone in your life…

Here’s what parenting specialists and FBI hostage negotiators say can help you deal with out of control kids:

Certainly there are going to be situations where you don’t always have the time (or the patience) to go through all the steps. It’s not easy. But by listening and focusing on feelings you can make a big difference.

And these principles can work with everyone in your life. Most human needs and feelings are universal.

In fact, clinical psychologist Al Bernstein recommends talking to every angry person like they’re a child:

Feelings are messy and so we avoid them. But when it comes to the ones we love we often forget that, in the end, feelings are really all that matter.

Join over 220,000 readers. Get a free weekly update via email here.

New Neuroscience Reveals 4 Rituals That Will Make You Happy 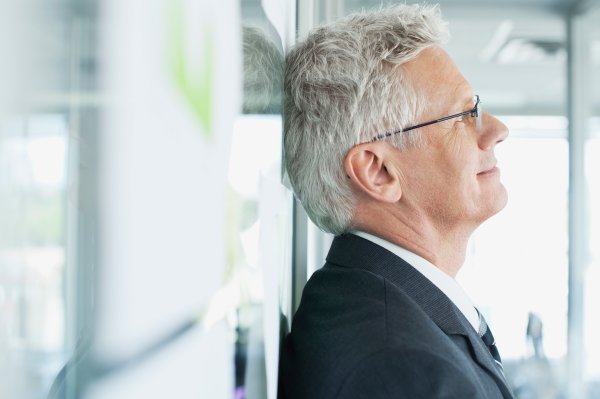 How to Never Get Angry: 3 New Secrets From Neuroscience
Next Up: Editor's Pick