Why the Young Religious Right Is Leaning Left

Alicia Crosby stood at the edge of a strobe-lit dance floor as Kelly Clarkson’s “People Like Us” thumped through the speakers during Pride weekend in New York City in 2013. Like many millennial evangelicals, Alicia, an African-American, had grown up in a world riven by the culture wars; a few years earlier she had called a lesbian Christian friend “an abomination.”

Then she heard the long version of her friend’s story, one of feeling torn between her faith and her sexuality. Her friend’s words filled Alicia with empathy and motivated her to attend this Pride party. As she watched the crowd thrash to Clarkson’s dedication to the “lost and forgotten,” Alicia said that she realized that “they were dancing their truth.”

Alicia began re-examining her theologically conservative understanding of sexuality, studying the historical context of anti-gay Bible passages. She concluded that these verses referred to demeaning practices, like ancient temple prostitution, not the committed same-sex couples she knew. Biblical exegesis prompted similar reassessments of gender and race, braiding together a spiritual coming-of-age that has made Alicia an advocate for people on the margins.

Today, at 29, she co-leads the Center for Inclusivity, a Chicago-based nonprofit, where she organizes programs that support communities at the intersections of faith, gender and sexuality. She also facilitates conversations with evangelical leaders about cultivating LGBT-inclusive churches. Her views on the LGBT community may have shifted, but what hasn’t changed is her commitment to her faith.

To the dismay of many older evangelicals and conservative politicians hoping to court “the evangelical vote,” Alicia is part of a growing number of young believers who are spurning the religious right, defying neat political labels and embracing progressive values not in spite of their faith, but because of it.

Progressive evangelicals have been a weak but constant force since the 1970s—but that’s changing. The religious right has lost its hold among millennial Americans: About 23% are religious progressives, twice the portion of those 68 and older (12%), according to the Public Religion Research Institute. White evangelical millennials are also twice as likely as evangelicals over 65 to support same-sex marriage. And their missional attitude toward changing their communities makes them a unique force.

America has become more secular, and membership in every branch of U.S. Christianity has dwindled—except evangelicalism. A growing minority of millennial evangelicals look much like Alicia—increasingly they are non-white and much more likely to support progressive issues including social justice, equal rights, marriage equality and combatting climate change.

This shift has rocked the evangelical establishment, which is grappling with how to respond to a generation that is no longer galvanized by opposition to abortion and gay marriage, or by the call to self-reliance and buttoned-up piety. These young, diverse evangelicals have a missionary zeal of their own: They want to shed the shackles of right-wing politics and take ownership of the gospel as they understand it.

Some conservatives feel that this shift toward progressive values is simply Christian submission to secular forces and an abandonment of true faith. “Capitulating to the culture is not courageous,” writes Owen Strachen, president of the Council for Biblical Manhood and Womanhood, for Patheos.

But progressive evangelicals are not adopting the mantle of the political left wholesale. Rather, they’re living out core evangelical values in fresh and fascinating ways. They’re also taking the familiar jargon of evangelicalism and reimagining the vocabulary. For example, my college roommate, a devout evangelical, said that her anti-abortion convictions compelled her to vote for George W. Bush in 2000. But when she saw how Republicans dealt with life beyond the womb, her “pro-life” beliefs came to stand for more than wanting to curb abortion. She began considering the implications of policies on economics, the military, education, the environment, and race—and she has voted Democrat ever since.

For decades, some conservative leaders have drawn their own boundaries defining which theological beliefs are truly “biblical.” But now that young progressives are exegeting scripture themselves, they’ve lifted up marginalized theologies, such as black liberation and feminist theology. They’ve carried on the evangelical tradition of rigorous hermeneutics.

Young evangelicals reject the idea that the “good news,” or the salvation promise, is only granted to those who hold to conservative dictates and 1950s gender roles. For example, at Wheaton College, evangelical Christian evangelist Billy Graham’s alma mater, students have vocally opposed the “community covenant” that states that scripture condemns “homosexual behavior.” Last year, feminist leader Jordan-Ashley Barney and LGBT activist Justin Massey organized a demonstration before a speech on Christianity and sexuality. Students held signs that read “I’m gay and a beloved child of God,” and “We’re all loved by God.” Their message: The “good news” is for everybody.

Evangelical millennials are not capitulating to secular culture. If anything, their esteem for the Bible’s authority and Jesus’ teachings reveal a faith that’s as robust as ever—and deeply, profoundly, unquestionably evangelical. 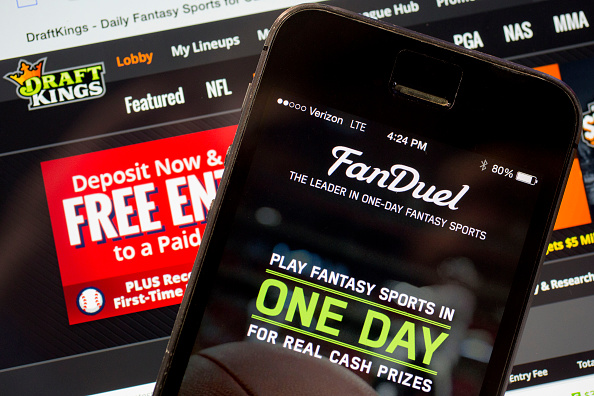 It's Time to Regulate Fantasy Sports
Next Up: Editor's Pick