U.N. May Recommend Decriminalizing Drug Use

The United Nations is preparing to call on governments around the world to decriminalize drug use, according to Virgin Group founder Richard Branson, who says he received an advance statement.

The U.N.’s Office on Drugs and Crime would recommend decriminalizing drug use as well as possession of all drugs for personal consumption, Branson said, which could encourage a host of member U.N. nations to change their drug policies.

“This is a refreshing shift that could go a long way to finally end the needless criminalization of millions of drug users around the world,” wrote Branson, who is an advocate for drug policy reform and has worked with the U.N. “We should treat drug use as a health issue, not as a crime.”

The recommendation would likely have no legal weight, as the U.N. does not oversee drug policies in its member nations.

Momentum has been growing in recent years in favor of rolling back strict drug laws. The Global Commission on Drug Policy called for legalization in September 2014, and included U.N. Secretary-General Kofi Annan among its commissioners.

Four U.S. states and the District of Columbia have made it legal to purchase marijuana, and Portugal, Uruguay and other nations have taken significant steps in recent years to decriminalizing drug purchases. 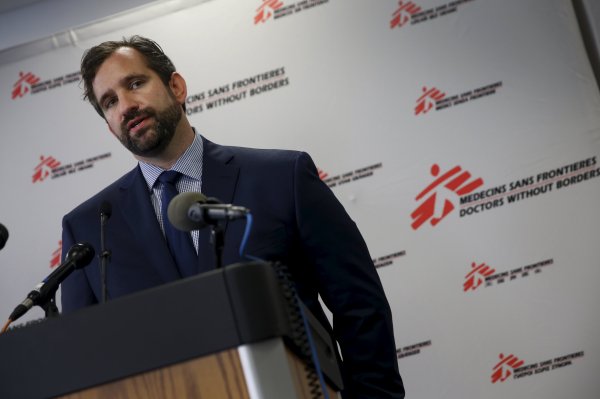 Doctors Without Borders Releases Post-Bombing Video
Next Up: Editor's Pick