How Weight Watchers Got So Successful in the First Place

Weight Watchers got a different kind of celebrity endorsement on Monday, when it was announced that Oprah Winfrey is taking a 10% stake in the company and joining its board.

Winfrey will pay about $43 million for 6.4 million shares of the company. Shares of Weight Watchers jumped 83% after the news broke, The Wall Street Journal reports.

How did the company reach this level of financial success?

It goes back to the earliest days of Weight Watchers, the brainchild of Jean Nidetch, who in 1961 started hosting weekly meetings with other overweight friends at her home to talk about weight and dieting. The checking account balance with which she turned the idea into a business was a mere $1.56, TIME later reported. Nidetch eventually went from 214 lbs. to 142. And, though early participants only paid a few dollars to participate—$3 for initiation plus $2 a week, in 1967—Nidetch and fellow founders became millionaires when Weight Watchers went public in 1968, according to the New York Times. Eventually Weight Watchers was sold to H.J. Heinz.

Weight Watchers’ early success was remarkable because the specifics of the diet it promoted weren’t actually anything new, TIME noted in 1972. What made the program special was that it was based so extensively on talking. Nidetch who passed away in April of this year, explained that, “Compulsive eating is an emotional problem, and we use an emotional approach to its solution.”

Perhaps the best explanation for the power of Nidetch’s idea came from Jerry Pozner, a Long Island University junior who dropped from 238 lbs. to 137 lbs. and once told TIME that, “People eat because they’re lonely. When you come to Weight Watchers, you’re not lonely any more.”

Nowadays, Weight Watchers is hoping to extend that history of success by reportedly expanding the company’s focus from weight loss to helping people live a healthier lifestyle in general, WSJ reports. Weight Watchers is also trying to reach millennials, WSJ adds, who prefer to eat healthy and exercise—often with the help of apps and gadgets—rather than following a specific weight-loss program. 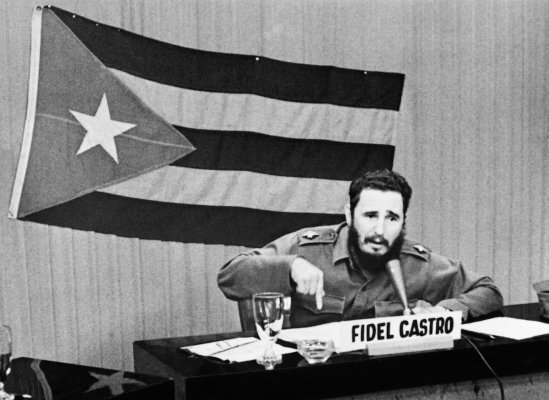 The U.S. Trade Embargo on Cuba Just Hit 55 Years
Next Up: Editor's Pick