Konnie Huq (centre left) and Matthew Lewis (centre right), as the Dreamflight children are sent off on their trip from Heathrow Airport in London to Orlando in Florida, Oct. 18, 2015.
Steve Parsons—AP Images
By Megan McCluskey

Matthew Lewis gave 200 kids the surprise of a lifetime when he showed up to see them off at the start of their Dreamflight getaway. Dreamflight is a charity organization that sends a group of children with serious illnesses or disabilities on an annual specially chartered British Airways jet to Florida for a 10-day vacation.

The actor, who played Hogwarts student Neville Longbottom in the Harry Potter franchise, was joined by television presenter Konnie Huq to greet the young passengers before they embarked on their trip.

“I read about what Dreamflight was and how amazing it was going to be for these kids that I jumped at the chance to be here. It’s been the most amazing day, it’s been a pleasure,” Lewis said, according to The Scotsman. “All these kids have been looking forward to this for a really long time. It just takes me back to when I was a kid and went over to Orlando and saw some amazing things.”

During their stay in the sunshine state, the kids will visit several different attractions including Disney World, Universal Studios and SeaWorld. Dreamflight was started in 1987 and since then, has sent more than 5,000 children from across the United Kingdom on the holiday of their dreams. 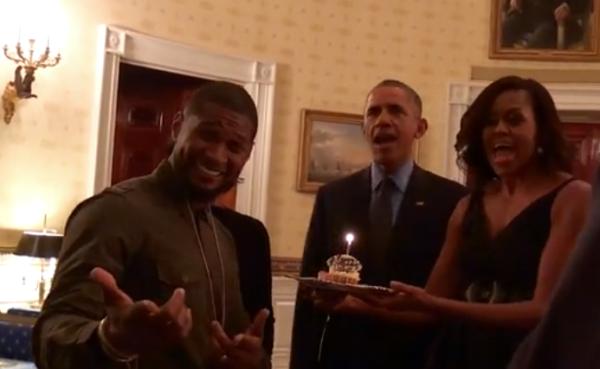 Watch the President and First Lady Sing 'Happy Birthday' to Usher
Next Up: Editor's Pick