4 Things to Know About the Canadian Elections

Canadians will go to the polls on Monday, Oct.19, to elect a new government and, this time around, the race boils down to one question: Will the Conservative Party of Canada (CPC), under the tutelage of controversial Prime Minister Stephen Harper, win a fourth term in power? Current polls place the Liberal Party in the lead, closely followed by the CPC, then the New Democratic Party (NDP), who were the original front-runners. Canadians are expected to vote in droves — there was already a 71% bump in voter turnout in advance polls last week compared with 2011. Although the race, for many, is still too close to call, here are the issues that have been at the forefront.

1. Strategic voting
Since 2006, the CPC has swept each federal election in Canada, and currently holds a majority in the House of Commons, the lower house of the national legislature. But, as most polls currently sit, more Canadians are leaning toward progressive parties than conservative ones. That doesn’t mean that the right is slated to lose, however. While the CPC remains the only viable party that Canadian conservatives can vote for, progressives are split between three leading parties: the Liberals, the NDP and the ever-trailing Green Party.

That has led some voters to push for an election where “anyone but Harper” wins. With the help of websites like strategicvoting.ca, progressives are trying to prevent split votes by identifying the leading non-Conservative candidate in a given riding — as Canada’s electoral districts are known — encouraging voters to abandon party loyalties and, instead, vote for the progressive candidate most likely to win.

2. Immigration
Harper maintains that he will continue pushing to ban the niqab — a veil worn by some Muslim women that partially covers the face — at citizenship ceremonies and for public servants. His government attempted to ban the veil in 2011 at the former, but Canada’s Federal Court of Appeal recently ruled that the ban was illegal. Harper insists that he will bring the ban back if he wins re-election, despite the court’s decision, and while some polls suggest that many Canadians, especially in the French-speaking province of Quebec, are on board with Harper’s proposal, the issue has ignited debate throughout the course of campaigning. Both the Liberals and the NDP have come out against the policy, accusing Harper of using identity politics to bolster votes.

Some Canadians are also irked by Harper’s reluctance to accept more refugees given the crisis currently facing Europe. This is especially so in the wake of the news that an immigration visa to Canada had been denied to drowned Syrian refugee toddler Aylan Kurdi — whose little, lifeless body was the subject of a heartbreaking photo that went viral and dramatized the crisis for many around the world.

While NDP leader Thomas Mulcair insists Canada should accept 10,000 Syrian refugees by the end of the year, and Liberal leader Justin Trudeau has pushed that number up to 25,000, Harper has promised to only accept 10,000 refugees over the course of four years if he wins re-election, according to the Globe and Mail. He also says that further military action is needed in Iraq and Syria to curb the flow of refugees.

3. The economy and the environment
It’s what Harper always promised to protect, but now some voters are questioning whether they can trust their incumbent PM with the economy. His party pushed tax cuts and corporate incentives to bolster the country’s oil sands in the West. But Canada is currently facing an economic slump — some even call it a recession — owing in part to a drop in oil prices, and many are pointing the finger at the CPC. Harper still claims that Canada weathered the 2008 global recession better than most thanks to his policies, but some Canadians aren’t convinced that this is reason enough to re-elect him.

Now that the government’s willingness to economic benefits ahead of environmental protection has backfired, and calls for further investments into the Keystone XL pipeline have also faltered, Canadians seem to think that the government should invest in more postcarbon alternatives. Canada has been chided by its international partners for its weak environmental record compared to many G-7 nations. According to a recent poll, around 80% of Canadians feel the government should do more to reduce greenhouse-gas emissions. Harper’s new platform does call for emissions cuts, but not at the expense of additional controls on oil or new pipeline projects. The Liberal Party, which supported Keystone XL, has pledged to start a “green bonds” program to incentivize the renewable-energy economy, while the NDP has suggested a cap-and-trade program and the creation of more oversight for pipeline projects.

4. Accountability
The CPC was rattled by a major accountability scandal in recent years involving some high-profile Senators and allegedly misreported expenses, according to CTV News. There was also a “robocalling” fiasco, where one CPC staffer was eventually charged with sending fake automated calls to non-Conservatives around the country, telling them to go to nonexistent or far-flung polling booths in a bid to impede their ability or willingness to vote.

Voters have their trust issues with the Liberals and the NDP too. Some Canadians perceive Liberal leader Trudeau, the son of former Prime Minister Pierre Trudeau, as too young and inexperienced to take the reins and question his judgment, especially after he led his party in supporting a controversial antiterrorism bill championed by the Conservatives expanding domestic surveillance. As for Mulcair, although the NDP was the official opposition to the last government — and the party celebrated a major provincial election win in one of Canada’s most notoriously conservative province, Alberta, earlier this year — the left-leaning party has never led the federal government. They appear to be on the losing end of progressive vote-splitting and perhaps the elections. 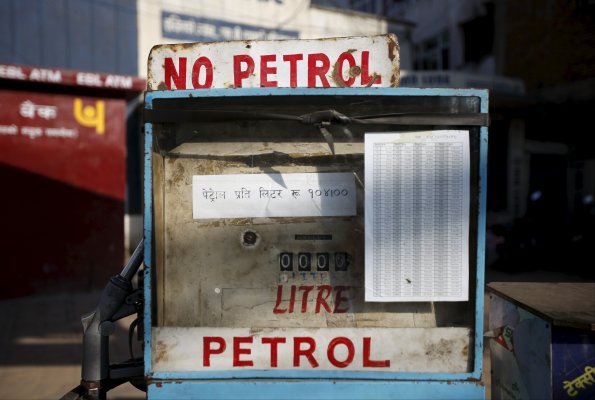