And she’s back – hopefully.

British singer and Grammy-winner Adele seemingly previewed a new song – her first release since 2012’s ‘Skyfall’ – during a commercial break while the X Factor was airing in the U.K. on Sunday, reported the BBC.

In the 30-second clip, white lyrics flashed across a black screen while Adele’s recognizable voice could be heard singing.

“Hello/ It’s me/ I was wondering if after all these years you’d like to meet/ To go over/ Everything,” the voice sang. “They say that time’s supposed to heal ya/ but I ain’t done much healing.”

The screen then faded to black, save for three single white dots – ellipses.

In August, reports surfaced that the musician would release new music – four years after her smash hit sophomore album 21 – in November.

The much-teased album, which is called 25, was originally slated to debut in 2014 and is rumored to feature collaborations with Pharrell Williams, Max Martin and OneRepublic’s Ryan Tedder.

Tedder mysteriously tweeted “Adele : )” shortly after Sunday’s ad hit airwaves, but didn’t go as far to confirm that track belonged to the “Someone Like You” singer. 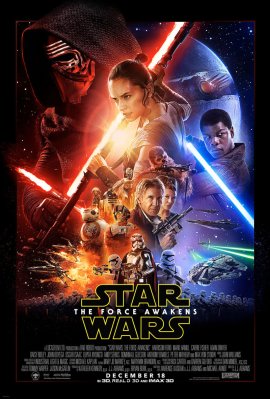 Here's a Glimpse of the New Star Wars: The Force Awakens Trailer
Next Up: Editor's Pick