Strong El Niño to Bring Warm Winter to Much of U.S.

This year’s El Niño weather effect is expected to give most of the U.S. a warmer than average winter while bringing extra precipitation across the southern United States, according to a new report from meteorologists.

El Niño is an umbrella term for the effects of naturally warmer water in the Pacific Ocean. The latest winter outlook from the Climate Prediction Center of the National Weather Service predicts this year’s particularly strong El Niño conditions are projected to bring abnormal weather patterns across the country.

The western U.S. will likely see above-average temperatures throughout the winter, especially in the Pacific Northwest, while the southern U.S. from eastern New Mexico to Louisiana should see cooler than usual temperatures. Hawaii and Alaska are also likely to see higher temperatures than are typical for the states.

The East Coast Can expect roughly average temperatures and more precipitation in the Southeast and Mid-Atlantic, with somewhat warmer temperatures in the Northeast.

The southern United States, from the Carolinas to the Pacific Ocean, is also expected to get more rain than usual. That will be especially welcome news for thirsty Southern California, reeling under the stress of a years-long drought, though the additional precipitation isn’t expected to be anything close to what the state needs to fully recover. “California would need close to twice its normal rainfall to get out of drought and that’s unlikely,” said Mike Halpert, deputy director of the Climate Prediction Center, in a statement.

“A strong El Niño is in place and should exert a strong influence over our weather this winter,” Halpert added. “While temperature and precipitation impacts associated with El Niño are favored, El Niño is not the only player. Cold-air outbreaks and snow storms will likely occur at times this winter. However, the frequency, number and intensity of these events cannot be predicted on a seasonal timescale.” 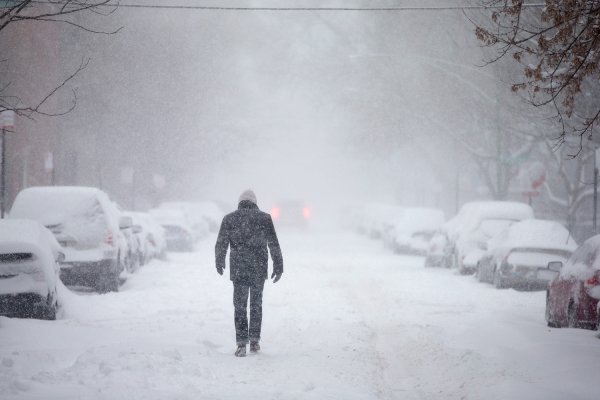 Thanks to The Weather Channel, Storm YOLO Might Be Coming This Winter
Next Up: Editor's Pick