Joni Mitchell Is 'Walking, Talking and Painting' as She Recovers From Brain Aneurysm

Mitchell was hospitalised in Los Angeles on March 31, after being found unconscious at her home.

The singer suffered a brain aneurysm according to her conservator, Leslie Morris, who previously revealed that the musician is “undergoing daily therapies” at home after being released from hospital in the summer.

Now folk singer and friend Judy Collins has delivered “some good news” about Mitchell’s health in a statement released on her Facebook page.

Collins writes: “I have just heard from a close mutual friend that Joni is walking, talking, painting some, doing much [sic] rehab every day, and making good progress — I have another friend who went through something similar – it does take a long time, three years for my friend, who has really totally recovered professionally and personally. I will try my best to see our songbird when I am in LA in the coming weeks – So – some good news!!”

Mitchell’s attorney Rebecca J Thyne recently described visiting the singer at her home on June 26, telling People: “When I arrived she was seated at her kitchen table feeding herself lunch”.

Thyne continued: “She also told me that she receives excellent care from caregivers round-the-clock. It was clear that she was happy to be home and that she has made remarkable progress. She has physical therapy each day and is expected to make a full recovery.”

This article originally appeared on NME 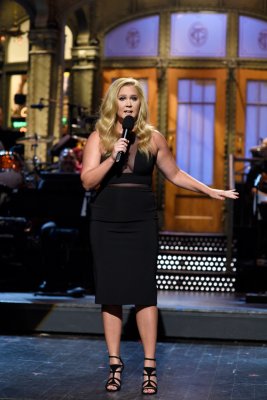 Amy Schumer Gets Emotional Over Body Image and Clothing on Today Show
Next Up: Editor's Pick