Because no one sees a battle against ISIS as essential for security. Not yet. Therefore no one is willing to lose 10 soldiers to kill 1,000 ISIS warriors. One day, that will probably change, and ISIS won’t look quite so effective. It will probably take an ISIS attack in an American, British, French or Russian city.

Family (or the lack of one) provides our formative experience. This isn’t just a China story. It’s a story about a world coping with ever-more rapid change and its many consequences—both positive and negative.

Guns + intense cable TV coverage + the Internet + the adolescent tendency toward imitation = a phenomenon that makes different kinds of people behave in similar and horrifying ways. 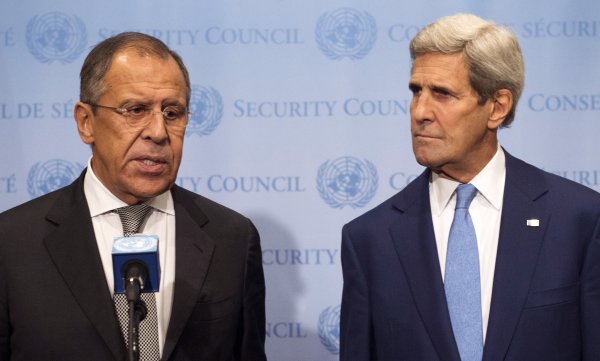 U.S. and Russia Agree to Syria Talks
Next Up: Editor's Pick