Tom Brady has called out both Coca-Cola and Frosted Flakes in a rant against junk food.

During a weekly sit down with local Massachusetts radio station WEEI, Brady criticized the brands, saying that they’re only loved because we’re told we should love them through marketing.

At first, it seemed like the New England Patriots quarterback was speaking generally, however he quickly got very specific, targeting the cereal and soda brands.

“We believe that Frosted Flakes is a food … of course they taste very good. And of course all those companies make lots of money selling those things,” Brady said. “They have lots of money to advertise.”

On Coca-Cola, Brady had more to say, even describing the carbonated beverage as “poison for kids.”

“You’ll probably go out and drink Coca-Cola and think ‘Oh yeah, that’s no problem.’ Why? Because they pay lots of money for advertisements to think that you should drink Coca-Cola for a living?” he added. “No, I totally disagree with that. And when people do that, I think that’s quackery.

“And the fact that they can sell that to kids? I mean, that’s poison for kids. But they keep doing it.”

He continued: “That’s the education that we get. That’s what we get brainwashed to believe, that all these things are just normal food groups, and this is what you should eat.”

Fox reports that a Coca-Cola spokesperson said in response: “all of our beverages are safe and can be enjoyed as part of a balanced lifestyle.” Adding: “We offer more than 200 low‐ and no‐calorie beverages in the U.S. and Canada and a wide variety of smaller portion sizes of our regular drinks.”

Meanwhile, Kris Charles, a Kellogg spokesperson, said: “Cereal is a delicious and nutritious breakfast. Numerous studies show that a cereal breakfast is associated with lower BMIs (body mass index) in both children and adults. As a matter of fact, a serving of Frosted Flakes with skim milk has just 150 calories and delivers valuable nutrients including calcium, B vitamins and iron.” 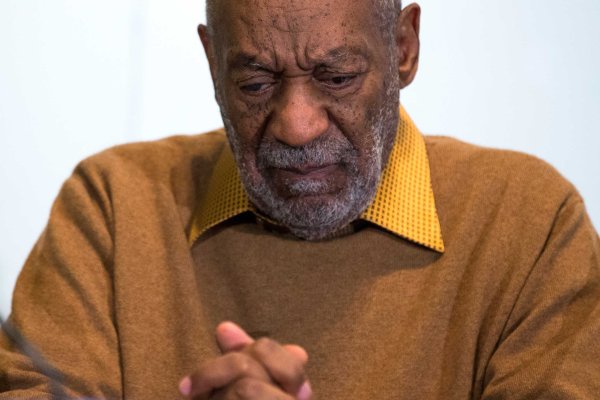 Another Accuser Files Lawsuit Against Bill Cosby
Next Up: Editor's Pick