A Better Marriage Is Better for Your Health

Studies have pretty consistently shown that being married and staying married is better for your health. The married population lives longer and gets less sick. But a new study out of Utah suggests that it’s only really happily married people who get the full benefit.

People often think of marriages as happy or unhappy, but they are rarely so easy to classify. Couples in what the researchers called “ambivalent marriages,” unions that are not bad enough to leave but still have distinctly negative attributes (and no, this is not all marriages—just about 75% of them, says the study), do not get many of the advantages of those whose marriages are very fulfilling, the researchers found.

The study, conducted by Brigham Young University psychology professor Wendy Birmingham, and published in the Annals of Behavioral Medicine, asked 94 couples about their spouse’s behavior and what the study romantically called their “interpersonal-functioning.” A quarter of the couples were genuinely happy and had no complaints. But three quarters of the marriages fell into the ambivalent category: mostly their spouses were great, but there was some areas in which they were unsupportive or overly negative.

“There was a high level of positivity in the marriage, but there was also negativity,” says Birmingham, who cites the example of a wife who’s a great partner but not happy with her man’s career, or a husband who’s a wonderful dad and lover but very critical. “These are people who are committed to the marriage. There’s just a lot of negativity, which is negating the positive physiological benefits.”

The couples had their blood pressure monitored every hour for a day, not while they were lying down, but as they went about their business. Those with the so-called “ambivalent” marriages had worse blood pressure than those whose marriages were more supportive, even when age and many other stresses were accounted for.

None of the couples had anyone else—whether children or elderly relatives—living with them, so their home lives were very much about the two of them, Birmingham said. She also noted that the results were just from one day and that while the average age of the participants was 29, they ranged in age from 18 to 63, with most couples placing at each end of the spectrum.

The bad news is that the bump in heart health that married people get from being married is not as strong as the thump they take when the marriage is ambivalent. “Research has shown that feeling invalidated by a partner is more detrimental to you than validating is good for you,” says Birmingham.

The good news is that for the vast majority of people, this is eminently fixable, says Birmingham. It’s not hard to figure out what you’re doing that’s dragging your partner down—you can ask, for a start—and you can (gently) explain what he or she might stop doing to make you feel more intimate (not sexy- time intimate, she stresses, but emotionally and intellectually intimate). Plus, that’s what therapists are for. 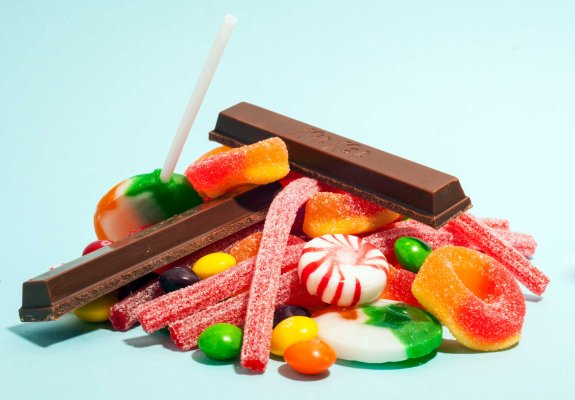 This Chart Helps You Find the Healthiest Halloween Treat
Next Up: Editor's Pick