These Two Charts Explain Why Scott Walker Dropped Out

Walker’s campaign raised about 64% of its $7.4 million haul from donations over the $200 reporting requirement, the filing reveals, and of that, 68% was raised before the first debate, when Walker delivered an underwhelming performance, just months after declaring himself a “front-runner” in the race. He raised just $1.2 million in the month between the first two Republican debates.

The fundraising couldn’t keep up with Walker’s steep spending, including nearly $2 million on staff salaries—more than $25,000 each day he was in the race.

Walker, who once dominated in the polls, had his two biggest fundraising days around his announcement and at the end of July 2015. He quit the race on Sept. 21. 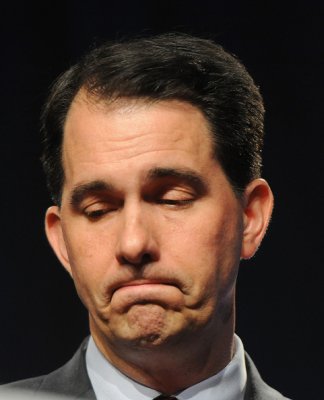