Renita Hill says in the lawsuit, a copy of which was obtained by EW, that she first met Cosby in 1988 at Pittsburgh’s Froggy Tavern to audition for the co-hosting position on his educational program Picture Pages when she was 16. Hill, who accused Bill Cosby of repeated sexual abuse in a November 2014 interview, got the gig, and from then on, he would encourage her to come visit him in places where he was performing. The first instance of abuse happened in Atlantic City, New Jersey, Hill says.

The lawsuit alleges Cosby would give Hill a beverage and instruct her to drink it. “On the majority of these occassions, upon imbibing the drink, Renita would lose consciousness and wake up in her room the next day, oftentimes nude, disheveled, confused, and disoriented,” it continues.

The lawsuit goes on to assert that Cosby’s abuse and his resulting statements — his attorney, Martin Singer, issued one in November 2014 on Cosby’s behalf calling the accusers’ claims “increasingly ridiculous” and “unsubstantiated, fantastical stories” — have defamed Hill and caused her emotional distress, which has resulted in “significant medical bills for treatment” and “a loss of earnings and earning capacity.” In turn, she is requesting damages.

Hill is one of dozens of women to come forward claiming Cosby sexually abused them. Twenty-seven of these women recently appeared on NBC’s Oct. 9 Dateline special, The Cosby Accusers Speak.

Her complaint follows lawsuits filed by Chloe Goins and Judy Huth, both of whom allege in separate cases Cosby sexually assaulted them at the Playboy Mansion when they were teenagers. Cosby, who has never been charged with a crime, was ordered to answer questions under oath in Huth’s case. 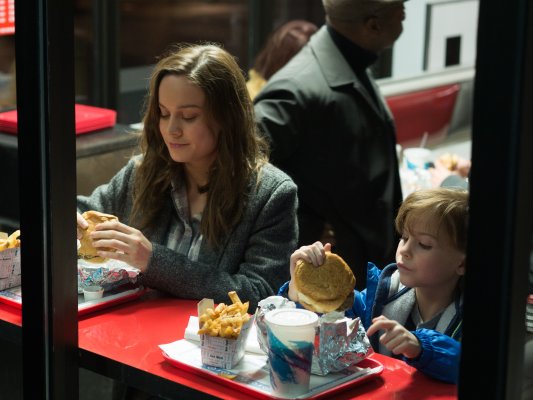 See Photos of Brie Larson's Most Memorable Roles
Next Up: Editor's Pick