Seriously. We can’t make this up.

Claus, who was born Thomas Patrick O’Connor but legally changed his name in 2005, was elected to a three-year term on the North Pole city council, according to USA Today. Like jolly old Saint Nick, Alaska’s Claus too enjoys bringing smiles to the faces of children. In fact, it was a holiday job performing as as Santa Claus that led him to grow a long white beard and eventually change his name.

According to USA Today, Claus is no stranger to local politics either—he once served as the president of the local Chamber of Commerce.

Claus also hopes to bring Christmas cheer to the council all year by sharing messages of giving and love while in office. You can’t help but wonder, though, if those in town on the naughty list are worried. 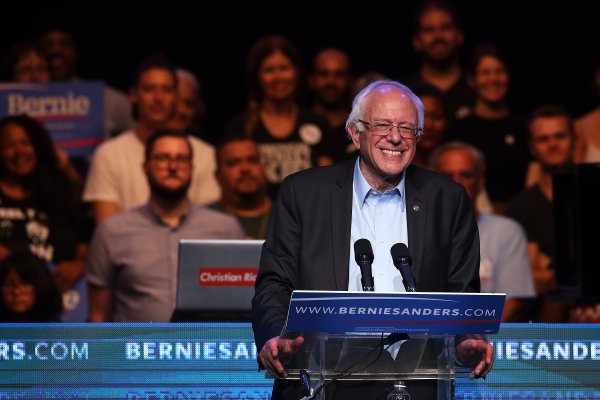 Watch Bernie Sanders Show Off His Dance Moves on Ellen
Next Up: Editor's Pick