The 'Ermahgerd Girl' Explains What It's Like to Be a Meme

Remember the “Ermagherd” girl? Vanity Fair has caught up with the woman behind the popular meme — it’s a photo of a preteen girl sporting a retainer and high pony tail covered in block letter captions like “Ermagherd,” “Gooseberms” and “MAH FRAVRIT BERKS.” The spelling of the phrases are meant to mimic the garbled speech pattern of someone who is very excited — and also undergoing intense orthodontic treatment.

In March 2012, Phoenix nurse Maggie Goldenberger was 24 years old and living in India when she heard that a photo of her was circulating on social media. But it wasn’t any old photo. It was a Polaroid her friend Kaelyn had taken of an 11-year-old Goldenberger playing dress-up, holding R.L. Stine’s Goosebumps books and then uploaded to Facebook and Myspace. A 16-year-old Jim Davis from Alberta, Canada, says he found the image on Facebook. A 33-year-old Seattle-based former fraud investigator put “GERSBERMS. MAH FRAVRIT BERKS,” and someone else slapped on “ERMAGHERD” later on.

While the Internet came to see the person in the photo as a girl in an especially unfortunate, awkward stage of adolescence, it was all a joke, she told Vanity Fair. “Normally, she hardly ever wore her retainer like she was supposed to, but it felt right for the character: she put it on for the shoot.”

She can’t believe how much staying power it has had. Goldenberger says she is still asked about the image a lot, and mostly hasn’t experienced any fallout from the viral fame, except for one scary moment when “anonymous bounty hunter tracked down and uploaded a photo of her on a beach in Hawaii in a bikini.” 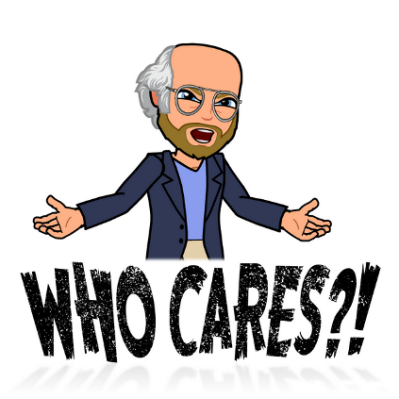 Curb Your Enthusiasm Bitmojis Are Here
Next Up: Editor's Pick