From laptops to smartphones, when buying electronics, it’s hard to make a huge mistake. While some products will be better than others, many will be good enough.

But the same can’t be said about buying a smart thermostat. If you take the position that a penny saved is a penny earned, buying the wrong HVAC controller could cost you more money in the long run than it does right away.

To help you do your homework, I spent a month with both the latest, third generation Nest Learning Thermostat and one of its chief rivals, the Ecobee3 Wi-Fi Smart Thermostat. Sporting Apple’s HomeKit smart home software, the Ecobee3 proved to be a worthy competitor to the Nest, an established Google-owned brand building its own connected home ecosystem.

Here’s how the two thermostats stacked up, just in time for the cooler months:

Though both thermostats come with instructions for consumer installation, I opted for an installer’s assistance with each. I’m glad I did. The Ecobee3 was installed by the HVAC professional who also set up my home’s heat pump. The Nest was set up by an independent installer referred to me by the company. Their assistance ultimately proved necessary because my heat pump has a reversal valve switch wired differently than most other HVAC systems. This is the kind of thing you don’t want to be mucking with in your home, so I recommend getting help setting up any smart thermostat.

But wiring is only half the battle. The rest is software-based, which I mostly did on my own. The Ecobee3 features a touch screen, and it walks you through step-by-step. Once you connect it to your Wi-Fi, if you’re sick of poking away at the screen on your wall, you can sit down with your iPhone or Android handset and make refinements.

The Nest software setup worked differently, mostly because the device lacks a touchscreen. The circular thermostat’s primary mode of input is the outer ring—users turn it to change their selection and push it to enter their choice. As a result, entering my wi-fi password was laborious, but the thermostat connected to the network quickly. Navigating the menus and options via the ring was similarly annoying, but beyond the install, I haven’t had to touch the ring since—and that’s partly by design.

Though these two thermostats are worthy competitors and fundamentally do the same thing, they are very different beasts. The Ecobee3 was designed with whole-home climate control in mind (more on that later), while the Nest aims for a set-it-and-forget-it mentality. From apps to options, these differences are stark.

The square-faced Ecobee3 has a larger physical footprint on the wall compared to the round Nest thermostat. That’s because the latter literally cut the corners to make its product circular. But the wall unit is only part of the story for the Ecobee3—the device’s tiny, wireless remote sensors, which relay climate conditions from around the house back to the thermostat, are a primary feature. The Ecobee3 only comes with one remote sensor, but more are available for purchase—and I would recommend getting them. I tested the thermostat with both one and three remote sensors, and the difference was notable. My home was uniformly more comfortable with more sensors.

The round-faced Nest thermostat is a more familiar sight to most people, with the product having been around for a few years. But the new, third generation hardware is an enormous leap over the product’s debut build. Its lack of touchscreen gives way to a gorgeous, bright display that can be seen clear across the room. In fact, “Farsight” is a key feature of this new thermostat—it can detect people from 20 feet away, lighting up with a big, bold temperature reading. While this might not be a feature everyone thinks they need (I did not, as my thermostat is in a narrow hallway), once you experience it, you’ll wonder why every gadget isn’t this smart.

The Ecobee3 has a black-and-white display that, by and large, shows the current indoor temperature in bold below the outdoor conditions. That’s its standby screen, which when interacted with turns into a more detailed home screen featuring a row of menu options on the bottom and climate control points on the righthand side.

The bottom row menus are more confusing than they need to be. On the left, there’s a main menu “hamburger” button, a useful weather forecast button in the center, and a quick change button on the right. The quick change button looks like a gear symbol over the hamburger icon, which many times fooled me into pressing it to change the thermostat’s core settings—and that’s not at all what it does. It simply allows you to set the thermostat to home or away, or quickly turn the home’s fan on.

Likewise, the climate control points were a bit awkward to use at first. By dragging the slider to the desired temperature, you change the threshold at which the heat or cooling will turn on. This should seem straightforward, but the controls had an artificial, elastic feel that were less than precise. This has seemingly improved with software updates, but some members of my household found it hard to use. But the Ecobee’s iPhone app is practically identical in its interface, a nice touch because it limits the learning curve.

After twisting my way through the wi-fi password entry screen, the Nest’s ring-input software interface was easy to use. In fact, I found myself barely tinkering with menus and settings at all with this device. The only thing I needed to do was turn the temperature up or down to my preferred setting. Short of writing this story, I haven’t touched the thing in a week.

But one gripe I have is that the Nest will only display the target temperature, not the actual in-room reading. So, if you’re wondering how warm it is and you peek over at the Nest, the device may say 72 degrees, even though it’s actually 79 in your home. When you approach the thermostat, the screen activates showing both the target and the actual temp, but you shouldn’t have to walk across the room to know how warm it is—especially when the device is smart enough to know when you’re looking at it. And oddly, though you can change the Nest’s Farsight display to show other information, the option doesn’t include the actual temperature—a head-scratcher Nest could fix with something as small as a software update.

As I noted above, though cooler weather has kicked on my heat pump more than expected, I haven’t touched my Nest in more than a week. And that’s exactly what Nest intended. Meant to learn your heating preferences by monitoring when you turn up and down your heating/cooling, the Nest caught on faster than I expected it would. Within days it was making my typical daily adjustments for me automatically.

In calculating the ideal temperature, Nest (like Ecobee3) also weighs other factors like the weather and the presence of people at home. Through the Works With Nest platform, it can connect to a range of other devices to fine tune your home’s energy usage. One such trick, setting the device to kick on before you arrive home, requires your smartphone to monitor your location via GPS. A popular feature for commuters, this can save you considerable money by not heating your house when you’re not home. But I work from home, so it wasn’t particularly useful to me. In fact, one frustration I had with my Nest was that it would think that I had left if I hadn’t crossed paths with the thermostat for a while.

On the other hand, with its remote sensors, the Ecobee3 worked much better for my personal lifestyle. I live (and work) in an older home that has poor circulation. Situating the remote sensors in my office, bedroom, and living room helped to regulate the heat in a way that worked best for how we use our home most. This is accomplished in two ways. First, the Ecobee3 thermostat can be set to “follow” people around the house, calculating the temperature by only using the sensors that are detecting motion. Or secondly, the device can be set to take an average of the sensors’ temperatures. For my home—and my finished attic workspace—this was most ideal. Conversely, when the Nest said it was 72 degrees in my home (and as a result, the heat shouldn’t need to come on) it could actually be 65 in my office.

I should also note that the Ecobee3 is HomeKit compatible, but with as little support as Apple has given its smart home program so far, there’s almost no point. Talking to my thermostat through Siri proved to be little more than a novelty — a clunky, unintuitive one at that. For instance, if you want to know what the temperature is in your bedroom (where you have a remote sensor named “bedroom”), you’d say, “List my bedroom temperature.” List? Who would ever say that?

Directly comparing one thermostat to the other isn’t completely fair to either of them. There is no universally “better” choice, only a better choice for your household. For me, the Ecobee3 is tops because it allows for disparate temperature measurements through its remote sensors. But someone with a home where airflow is more uniform, like a condominium, wouldn’t need that capability. Likewise, the Works With Nest program is great for putting a thermostat at the heart of a smart home with a range of interconnected gadgets, but some might be irked by the sharing of data between devices. Yet, while it only takes a new product from Nest to introduce remote sensors to its ecosystem, Ecobee3 can be linked to other products through Apple HomeKit. (Theoretically, at least—there are only a handful of such devices on the market at the moment).

The reality is that both of these HVAC controllers are excellent and should save you money, if you use them right. I can’t say definitively how much they saved me, since I began testing them around the same time I installed a new heat pump. But I’m more confident in both of them than I was of the old, battery powered, digital thermostat that used to run my home. And come wintertime, nothing will beat turning up the heat at night without getting out of bed. 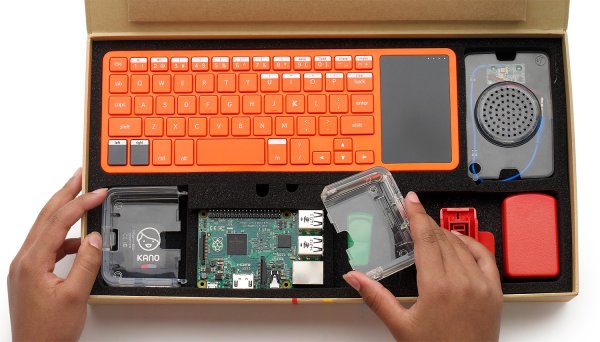 These 5 Kits Can Teach Kids About Computers and Coding
Next Up: Editor's Pick