Mathew Shurka in front of the New York State Capital for Equality and Justice Day on April 29, 2014.
Courtesy of author
Ideas
By Mathew Shurka
Mathew Shurka is ambassador to the #BornPerfect campaign to end conversion therapy.

A new government report confirms what I and many others know from hard personal experience: Conversion therapy that seeks to change our sexual orientation can cause serious psychological harm and should be banned.

The report “Ending Conversion Therapy: Supporting and Affirming LGBTQ Youth,” released earlier this month by the Substance Abuse and Mental Health Services Administration, speaks directly to the abuse the LGBTQ community faces every day. Growing up, I saw four different conversion therapists. They believed that all people are born heterosexual, that same-sex attraction is a result of childhood trauma, and that any behavior considered part of the “gay lifestyle” condemns a person to a lifetime of unhappiness.

Conversion therapy is based on a flawed, unfounded and discredited notion that LGBTQ people are sick and in need of treatment. It victimizes impressionable young people as they search to define their identities. It’s hard to think of anything that could be more detrimental to developing adolescents.

As a teenager, I struggled with my sexuality and I sought to conform to society’s ideal of masculinity. On the outside I was the popular New York kid who threw the best house parties, got the most girls, and was carefree about everything. Inside I was suffering from denial.

In the summer of 2004 I fell in love for the first time, with my best friend Adam. Yet I still tried to convince myself I was straight and did whatever I could to fit in.

I eventually told my father that I was confused about my sexuality. At first he told me that he loved me no matter what. But soon he began to panic. As he contemplated what an openly gay life would be like, he feared for my health, security, family life and future career. He decided to send me to conversion therapists.

Meanwhile, I followed the conversion therapist’s instructions to try to awaken what he said was my latent heterosexuality. He told me to ignore my mom and sisters, even though we lived in the same house. He also encouraged me to have sex with as many women as possible, which left me hating myself and feeling guilty over the women I had used.

I spent years estranged from my father but reconciled with my mom and sisters. I ended the relationship with my long-time conversion therapist, moved to Los Angeles and experienced general psychotherapy for the first time.

In 2012 I attended the Landmark Forum, a weekend personal development program. The program leader, Larry Pearson, helped me to see that my dad actually does love me; he was just doing what he thought was best for me. During that weekend, I felt freed from the constraints I had put upon myself—what I was taught in conversion therapy, and what I thought society expected. I finally accepted my sexuality.

I repaired my relationship with my family after years of estrangement. My conversion therapist and I made peace over our past. A video I created for the It Gets Better Project has reached people around the world struggling to overcome the damage inflicted on them by conversion therapy.

Countless young people have been hurt by conversion therapy. Many have become estranged from families, coerced into sexual relationships against their nature and forced to deny their very identity. To all of them, I say, it does get better. We each have the power to heal. It starts with deconstructing the stories we have been told or told ourselves, and loving and accepting ourselves as we are. We are all born perfect. 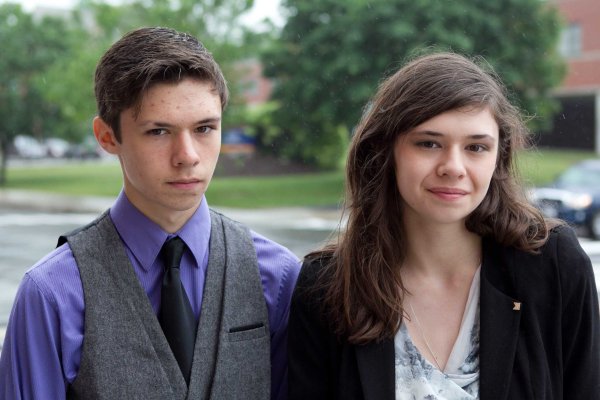 See How Twin Boys Became Brother and Sister
Next Up: Editor's Pick