Obama Says 9,800 Troops Will Stay in Afghanistan Through 2016

By Maya Rhodan and Nikhil Kumar

President Obama announced Thursday a significant slowdown in the pace of withdrawal of U.S. troops from Afghanistan, scrapping his aim of leaving only a small U.S-embassy-based force in the country when he steps down from office in 2017 in favor of a new plan that effectively leaves the decision of when to end America’s 14-year military involvement to his successor.

As the Taliban insurgency in the country shows signs of renewed strength, Obama said the current contingent of 9,800 U.S. troops would remain in Afghanistan through most of 2016. Their focus will be counterterrorism and training Afghan forces. “Their mission will not change,” Obama stressed, following the ending of U.S. combat operations in 2014.

But instead of withdrawing by the end of 2016 all but a residual force to be stationed at the heavily fortified U.S. embassy in Kabul, Obama said 5,500 American troops will remain in the country at four locations around Afghanistan.

Calling the decision “the right thing to do,” Obama said that while Afghan government forces had stepped up and fought for their country, they were not “as strong as they need to be.”

“In key areas of the country, the security situation is still very fragile and in some places there’s risk of deterioration,” he said.

The President’s reversal reflects an increasingly troubling reality: 14 years after they were displaced by the U.S.-led invasion of the country, Taliban insurgents are staging a violent comeback. Meanwhile, against the backdrop of a much-reduced foreign troop cover — the current U.S. presence, for example, is down from a high of over 100,000 in 2011 — there is little sign that Afghan forces are strong enough to defend the country from the insurgency.

The fall of Kunduz in late September underscored the challenge. The northern Afghan city was the Taliban’s last stronghold in 2001. Its security had been under question since earlier this year, when the insurgents began attacking the city. But despite months of warnings, the Taliban reclaimed Kunduz on Sept. 28 — the day before the national unity government of the Afghan President Ashraf Ghani marked its first anniversary in office.

The insurgents were eventually driven out the city, after Afghan forces, backed up by the U.S. military, launched a massive counteroffensive. But the fall of Kunduz highlighted the potency of the Taliban under it’s new leader, Mullah Akhtar Muhammad Mansour, who took over after the confirmation of the death of longtime Taliban chief Mullah Omar in July. It also sharpened concerns about the state of Afghan forces, and the ability of the Afghan government to maintain its hold on the country.

Even before the fall of Kunduz, the omens were grim, with 2014 going down as the deadliest year of the Afghan conflict since the U.N. began keeping records of civilian casualties. As foreign troop numbers dropped, the tally of civilians killed and wounded shot up as a result of ferocious, and too often deadly, fighting between insurgents and government forces. Overall, 3,699 civilians were killed and nearly 7,000 were injured

“Obama’s decision was the right one to make,” says Michael Kugelman, a senior analyst at the Wilson Center in Washington, D.C. “In the end, considerations about his legacy had to defer to the troubling realities on the ground.”

Though the new plan “won’t magically stabilize Afghanistan, … this decision will be a big psychological boost for Afghan forces,” adds Kugelman. “They will be reassured that the U.S. military is not giving up on them.” 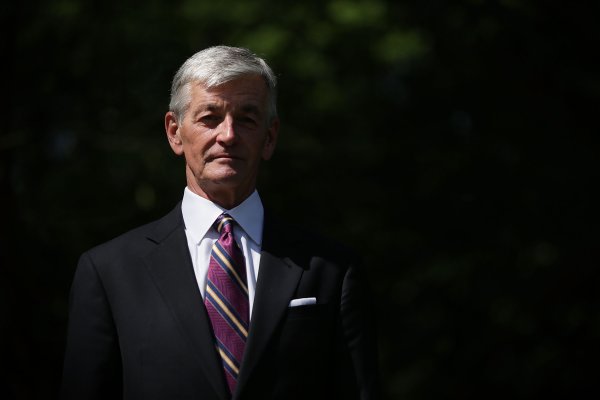 Army Secretary: Women May Have to Register for Draft
Next Up: Editor's Pick