On The Tonight Show Wednesday night, Vin Diesel read aloud a gushing text that his seven-year-old daughter texted from her iPhone where she said she loved him and missed him. (Also: a seven-year-old kid has an iPhone?!)

The actor, famous his role in Fast & Furious, visited Jimmy Fallon’s show to promote his upcoming horror film, The Last Witch Hunter, out in theaters October 23. Despite the enthusiasm for her father, Fallon pointed out that Diesel wouldn’t even be able to take her to see the film because it was too scary. 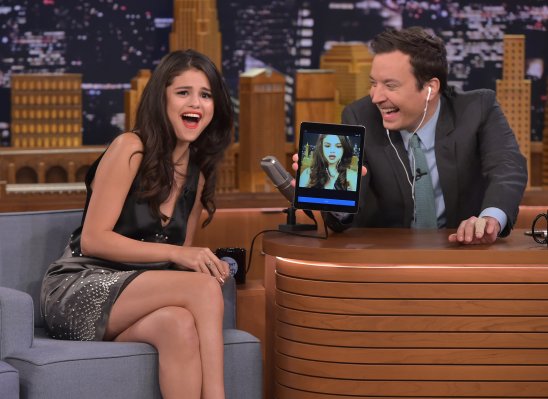