WikiLeaks founder Julian Assange gestures during a press conference inside the Ecuadorian embassy in London on Aug. 18, 2014
John Stillwell—AFP/Getty Images
By Rishi Iyengar

The U.K. has refused a request for WikiLeaks founder Julian Assange to leave the Ecuadorean embassy in London to receive medical treatment for a shoulder injury, the South American country said Wednesday.

“The British government is not allowing the terms to make this happen,” Patino told reporters. “This is a person who needs to have exams done to understand the situation given it is grave,” he added.

Assange, 44, has been sheltered by Ecuador at its London embassy since June 2012, when he sought protection in order to avoid being extradited to Sweden to face charges of rape. He has denied the allegations and expressed concern that the prosecution is a ruse that will see him eventually extradited to the U.S., where he may be prosecuted for WikiLeaks’ release of classified military and diplomatic documents in 2010.

The British government has accused Ecuador of obstructing justice by harboring Assange at its embassy, and on Monday reiterated its “deep frustration at the protracted delay” in prosecuting him, the U.K. Foreign Office said.

Patino said the inability to guarantee the Australian WikiLeaks founder safety even for medical treatment is “an additional fault in his protection.”

“We don’t know what he may have, and they don’t want to give an authorization that they can perfectly well give,” he said. 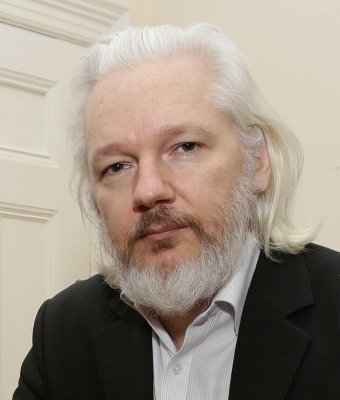