Anti-Donald Trump Documentary Gets a Re-Release

Even during last night’s Democratic presidential debate, Donald Trump remained an inescapable part of the ongoing 2016 presidential election saga. His media presence has pretty much taken over coverage of the campaign on all sides, and with a just-announced gig as Saturday Night Live host on Nov. 7, Trump doesn’t seem likely to go away anytime soon.

Recognizing that trend, Emerging Pictures has decided to re-release their 2012 documentary, You’ve Been Trumped, which tells the story of Trump’s bitter conflict with a Scottish coastal community that doesn’t want nearby environmentally-sensitive land to be turned into a luxury golf resort.

“Whether you support him or not, Donald Trump is everywhere these days,” Ryan Markowitz of Emerging Pictures said in a statement. “This documentary gives insight into a project of his and how it was conducted, which is ever more important as he touts his business credentials as the mainstay of his presidential bid.”

In a 2012 interview with EW, You’ve Been Trumped director Anthony Baxter said he thought the media was too soft on Trump (and this was back before he was even a presidential candidate).

“I just felt these are the questions which needed to be asked. I was depressed always when I heard the press asking questions of Mr. Trump like, ‘Is the golf course turning out better than you had hoped, Mr Trump?’” Baxter said. “I couldn’t believe it when I heard those kind of questions. I just feel there’s such an important role for journalists at the moment to hold to account people with money and power who are used to just getting their way – and it just doesn’t seem to be happening.”

The re-release of You’ve Been Trumped will be powered by social media. Audience members can visit wannawatch.it/trumped and request theater screenings in their area. The film is also currently streaming on Hulu. 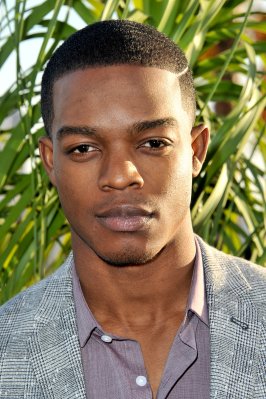