Why Disciplining Young Kids Can Be Tricky

Disciplining works if it is not over the top and children understand the point of it.

Highlights magazine’s annual State of Kids survey found that a majority of children ages 6 to 12 appreciated being disciplined and believed that it helped them behave better.

What children disagreed with were the strategies that were used by their parents – the most common ones being time-outs and taking away electronics. The report suggests that disciplining strategies work better when they open up communication and strengthen relationships among friends or siblings or between kids and adults.

However, my own work as an education professor and researcher who works with schools and families shows that disciplining is becoming a major issue at schools too, taking up more and more of the school day. So, why are schools imposing severe disciplinary measures?

What’s going on in schools?

Let’s first look at what disciplining looks like in schools.

Many schools now have lines on the floor that students must walk on to get anywhere. Some schools even have tape on the ground to show where students should walk in the classroom. Hallways have stop signs at each corner and schools enforce zero noise zones.

Children are told to hold air in cheeks like a bubble when walking in the hallways or when they are supposed to be listening to instructions or storytime. They are told to walk straight, not touch anyone, keep their hands to themselves, sit on an X mark on the floor, raise a hand before speaking, keep eyes on the teacher, use only one piece of paper, follow directions and be quiet.

Over the past 10 years, strange discipline measures such as red, yellow and green lights, where green means well-done and red means bad behavior, have become commonplace. Children can get their recess taken away or be put into an isolation room. Or, increasingly, even the police can be called.

Discipline is not only constant but also public. Just last week, I was in a class where a child’s name was on the board. Children at my table pointed it out to me and explained that the kid gets in trouble a lot. They told me that the teacher writes his name on the board and then when he is good, he gets one letter erased. When they are all erased, he can have free time.

So why are there such heavy amounts of discipline at school?

The unfortunate fact is that there is an extraordinary amount of content that teachers are supposed to cover during a school year. Usually, school districts give teachers eight-week plans that tell them what to cover and when.

This means that children, whether they like it or not, need to learn with the speed, level and topic choices determined by adults who don’t know them. Children have to sit still and focus for extraordinary lengths of time.

Given the pressure on teachers, discipline becomes a larger and larger part of the school day, just to get kids to get through what is required by the state or Common Core guidelines.

So, instead of encouraging children to engage with content, lessons or materials, teachers find themselves having to discipline them into it.

Perhaps the most troubling part of discipline at schools is how unfairly it is given out.

Who gets the most disciplined?

This emphasis on obedience over learning is more likely to be found in classrooms with a majority of children from marginalized communities.

Not only is heavy discipline starting younger and younger, it is also worse for children of color.

In fact, suspensions now begin in prekindergarten And almost 50% of those suspended are African-American kids.

As educational psychologist Kevin Cokley has pointed out, “There is a conspiracy against black children in our schools.” Curiously, girls of color are suspended six times more often than white girls. They are even disciplined more than white boys starting in the early grades.

This is not because children of color, in particular African-American children, are somehow more disobedient or rebellious than white children. It is because often, even when teachers don’t mean to, children’s behavior is interpreted differently.

White teachers notice black children first and often adopt society’s portrayals of communities of color as problematic or out of control. Over 80% of teachers are white in public schools.

And there is little preparation for teachers to be positive, culturally engaged and anti-racist in classrooms.

How discipline gets in the way of learning

If most of what children hear are teachers trying to get everyone to sit still, be quiet and listen to directions, what does this teach them about learning and being a learner?

In my work on how young children use their agency (the ability to make decisions at school), I find that most children describe learning as following directions. As one child explained, “Learning is quiet.”

Children often see obedience as the point of school. In fact, teachers and students both tell me that they can tell children are learning when their “eyes are on the teacher.”

Of course, just because a child is obedient doesn’t mean they are learning.

If a classroom has a ton of rules and a narrow range of acceptable behavior (kids cannot get materials for themselves, help out classmates without permission, etc) then there are only a few behaviors that will not get someone in trouble. In such a scenario, there is much more likelihood for disobedience and more discipline.

The creation of such narrow spaces make it difficult for children to show a variety of skills, demonstrate capabilities or use a variety of coping skills when they are frustrated.

Just as the State of Kids survey pointed out, conversation is critical to discipline. Some schools are trading suspensions for dialogue. And it has resulted in much success. Instead of jumping to discipline, these administrators and teachers are encouraging their students to problem solve and participate in making the situation better as part of the school community.

What parents, teachers can do

Classrooms need to be spaces where children can participate in fixing issues and taking initiative. Children need not be punished and taken away from the classroom.

Similar lessons can be applied at home. Parents can stress on discipline that focuses on hard work and not taking a break. Engaging kids through conversations, projects and helping out will emphasize learning more than discipline.

And the results will be well worth it. 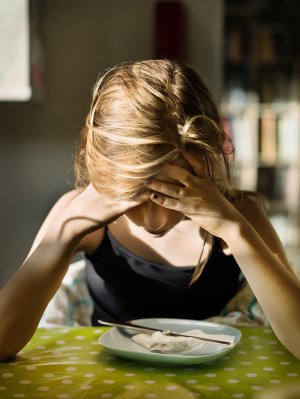 Anorexics Process Food Choices In a Very Different Way
Next Up: Editor's Pick