Here's What Denmark Thought About the Democratic Debate

By Eliza Gray and Denver Nicks

While pundits, analysts and online poll voters debate which Democrat came out strongest in Tuesday’s presidential debate, there’s no question about the big winner: Denmark.

Self-described socialist Bernie Sanders said he wants the U.S. to look more like the Nordic country with its generous social welfare state and redistributive tax system. And while Hillary Clinton said the U.S. should follow a different model, she still had nice things to say about the nation. “I love Denmark,” she said.

And that’s just fine with the Danes. “It goes without saying, of course without interfering in the U.S. political debate, that we welcome any positive mention of Denmark,” Lars Gert Lose, the country’s ambassador to the United States, told TIME.

While Denmark’s representative in the U.S. was eager to avoid comment on the presidential race, he laid out why some politicians might be impressed by his country. “Denmark has a lot to offer in terms of how we organize our society,” he said. “Danes have a very flexible labor market and we are open for business. At the same time, Danes benefit from a high degree of social security, universal health coverage and strong public education system free for all. We also have very ambitious sustainable energy policies in place to fight climate change and ensure energy security in a way that is at the same time economically viable.”

Read more on what exactly has the Democrats so hot and bothered over Denmark here. 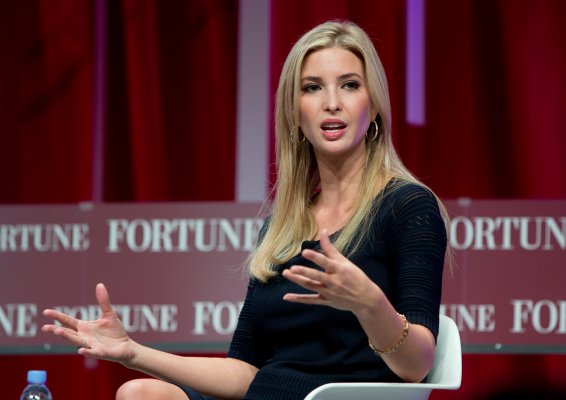 Ivanka Trump on Father's Presidential Run: It's 'Complicated'
Next Up: Editor's Pick