See 50 of the World's Most Endangered Monuments Before They're Gone

A Russian radio tower, a costal promenade in Beirut and the cultural heritage sites affected by this year’s earthquake in Nepal—among many other sites around the world—are at risk of disappearing, according to a list that the World Monuments Fund (WMF) released Thursday morning. The organization’s World Monuments Watch list, which has been issued every other year since 1996, calls on experts to nominate the architectural and environmental spots that are most badly in need of preservation. The newest edition includes 50 sites in 36 countries.

“The 2016 Watch includes many extraordinary places that deserve to be celebrated because they represent high moments of human culture,” said WMF president Bonnie Burnham in a statement. “Worldwide concern would strengthen our ability to save them.”

Across the globe, the sites face a number of different stresses that may lead to their destruction. In many developing countries, growth has pushed conservation policies to the margins. In other places, particularly unstable locations in the Middle East, war and conflict has led to little policing of heritage sites.

The list includes two sites in the United States: San Esteban del Rey Mission in New Mexico and San Xavier del Bac Mission in Arizona. Both are in need of restoration, according to WMF.

The 2016 World Monuments Watch also includes an “unnamed monument” to recognize thousands of other cultural sites that have been harmed by “deliberate and calculated” efforts. “There are simply too many sites at risk to be included individually on the Watch,” the report reads, “and no immediate hope for resolution.” 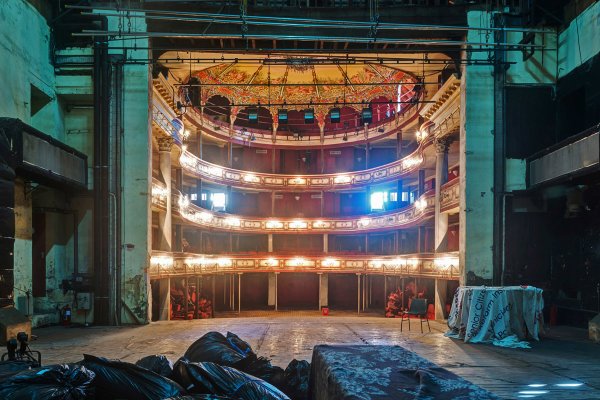 See Stunning Photos of the World's Endangered Monuments
Next Up: Editor's Pick